Three of the top promotional companies in boxing were among numerous small businesses that applied for financial assistance through a federal loan program launched to provide economic relief during the COVID-19 pandemic.

The exact amounts requested weren’t available from data released Monday by the federal government, but the three companies each requested between $350,000 and $1 million to help offset the economic impact of the coronavirus crisis. The data doesn’t indicate, either, whether Golden Boy Promotions, Mayweather Promotions or Top Rank Inc. accepted any of the money for which those companies applied. 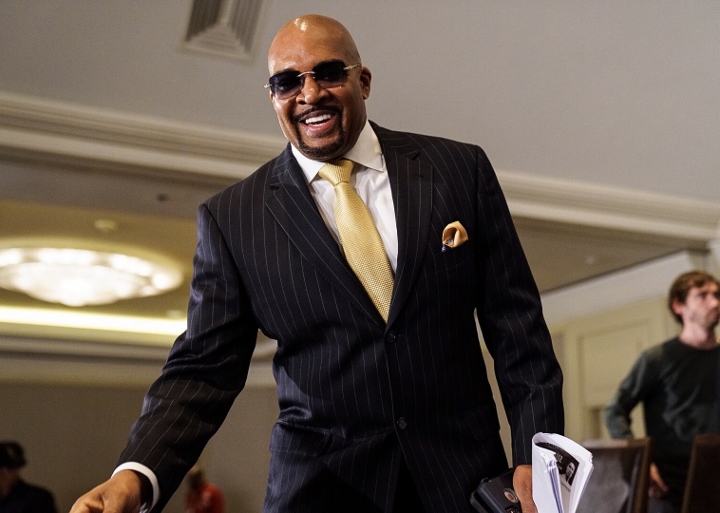 Through the PPP, Congress created $659 billion in low-interest loans that won’t have to be paid back if the assisted companies apply the money to payroll, rent and other business expenses. According to The Associated Press, approximately $130 billion of PPP money remained unclaimed as of the June 30 deadline, which prompted Congress to extend the program’s deadline until August 8.

Forbes estimated last year that Mayweather made $915 million from 2010-2017, which made him the highest-paid professional athlete in the world during that decade. Mayweather, who retired undefeated and won world titles in five weight classes, earned more money than any boxer in the history of the sport.

According to published reports, none of the franchises from the four major sports leagues in the United States – the NFL, NBA, MLB or the NHL – received money through the Paychek Protection Program.

At least four Major League Soccer teams applied for between $1 million and $5 million through the PPP. Many NASCAR and IndyCar teams also were approved for substantial funds from the program.

[QUOTE=HanzGruber;20650017]Probably because he pays taxes[/QUOTE] Da everyone pays taxes but if you claim to be as rich as he is he should leave the treasury department alone there’s other people who deserve it more like small businesses that provide products…

[QUOTE=Luilun;20646769]Why is Mayweather taking tax money I thought he has 600 million which should last for eternity unless you gambled it away[/QUOTE] Probably because he pays taxes

Just imagine Floyd happened to be not on this list. Hehe... These Floyd fans would have bashed Arum and Hoya to no end... Hehe...

Of Course! They should take advantage of that absolutely!