Gervonta Davis is Motivated By Skeptics Who Underestimate Him

Davis has been the subject of criticism for missing weight and other incidents outside of the ring in his young career. 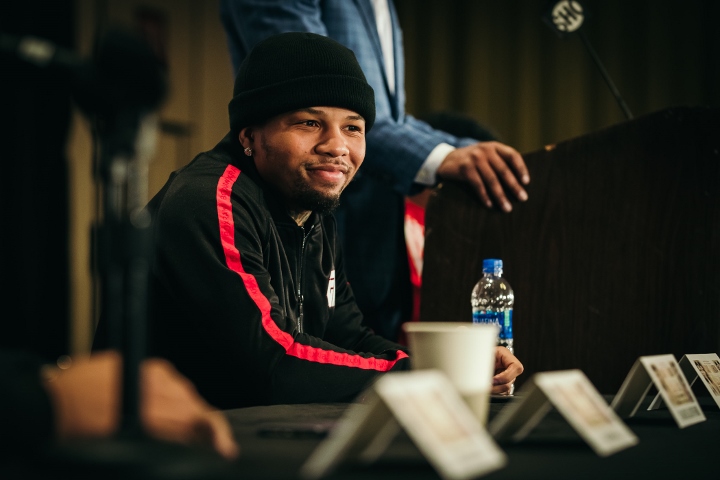 The 25-year-old believes that because of that criticism, people don't always give him the credit he deserves.  He told Mendoza that he is using the negative comments to motivate himself to improve his craft.

“There are a lot of people who underestimate me. That gives me a lot of fire to train harder. I used to do camp for like 8 weeks but I would say now I will do camp for a good 3 months,” said Davis.

Except for a brief hiatus when he worked with Kevin Cunningham, the two-division champion has been trained most of his life by Calvin Ford.  Davis explained to Mendoza that they have much more than just a trainer-fighter relationship, saying that they care about each other as people first and foremost.

“Of course. I feel like my coach is a father figure. He actually built what I have inside of me.  He’s a great guy. It’s not only me who he has helped. He probably has over 20 fighters he is still working with. He loves the sport. He loves his kids. He loves helping them so that they can help themselves,” Davis stated.

Davis is expected to return to action at some point in the summer against four-division champion Leo Santa Cruz in a pay-per-view showdown.

[QUOTE=glenn mcrory;20584405]Because when its handed to him in the mail it doesn't mean anything. I get you really want to say Haney has proven something and is a “champion”, but he really hasn't done anything, and more than likely will…

[QUOTE=glenn mcrory;20584405]Because when its handed to him in the mail it doesn't mean anything. I get you really want to say Haney has proven something and is a “champion”, but he really hasn't done anything, and more than likely will…

[QUOTE=Eff Pandas;20582767]It is a paper title. No one at 135 is The Champ til they beat Loma. That said having a paper title has more merit than not having a title at all, paper or otherwise. Not sure why that's…

[QUOTE=Vodkaholic;20582127]I see this the same as mickey-spencer, its suppose to be a win win for the smaller guy yet when he loses they'll give alot of credit to the bigger guy[/QUOTE] Mikey vs Spence you mean? I don't agree.

[QUOTE=Beercules;20581949]He should but who knows For name like Tank his gas tank is crap, he will get tired and gas.[/QUOTE] This is true.