There is a lot of confusion going on when it comes to the super featherweight title of the World Boxing Association.

Jezreel Corrales was the WBA 'super' champion at 130-pounds.

Last October, he was knocked out in the eight round by Alberto Machado - who captured that world title at the Turning Stone Resort & Casino in Las Vegas. 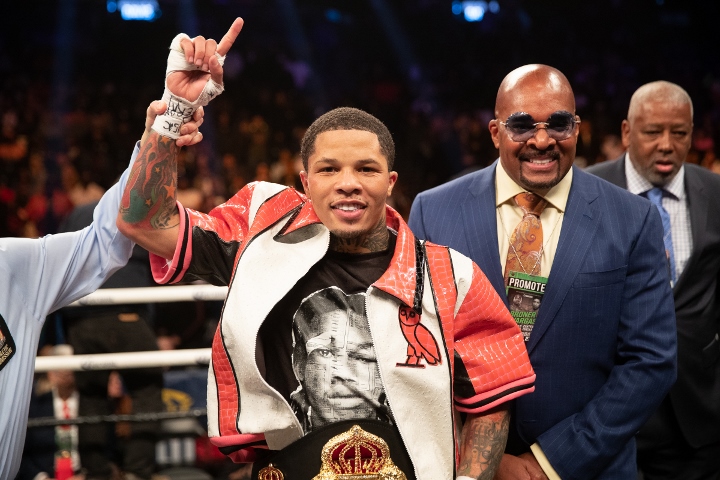 Many were under the impression that Davis was capturing the WBA's "regular" title at the weight - but that is not the case.

It appears that Davis was winning the "super" version of the belt and Machado was somehow downgraded to the status of "regular" champion - when he was ready, willing and able to fight Davis.

To make matters worse, Cuellar was moving up from 126-pounds and had not fought in 17 months.

It appears that it might be claimed by the sanctioning body that Machado never actually captured the WBA's "super" title.

There are also issues with Machado making a mandatory defense against Rafael Mensah, who is promoted by veteran promoter Don King.

Two purse bids have already been pushed back because King refuses to move forward under the terms of the WBA's monetary split.

"The WBA made a super championship title when the champion of the organization is Alberto Machado and he's available to fight with anyone and is not injured either. What is the explanation of the WBA? For that we have been working with the lawyers from Golden Boy. A letter was already sent to WBA President Gilberto Jesús Mendoza," revealed Héctor Soto, vice president of Miguel Cotto Promotions, to Carlos Narvaez.

"What we want is for Machado to fight and defend the title he won in a good fight. The two purse bids have been postponed by Don King, who refuses to accept the mandatory terms of 75-25 and instead wants 50-50."

[QUOTE=Squ□redCircle34;18714455]I maybe on your side with the Canelo thing again, just saw reports of the hair follicles test which came back negative! Canelo may have had a point and been clean, just likely using a fat burner not a steroid![/QUOTE]…

[QUOTE=daggum;18713837]its fair to criticize people for stealing belts that were already owned. he didn't say anything about fighting machado either. he just pretended he didnt exist. and yeah[B][SIZE="4"] he probably is scared of him otherwise he would have just fought…

[QUOTE=PrBoxing88;18714462]No, Im not saying he scared of course his not, I just think he prefer to fight other fighters and wont fight Machado for the real belt.[/QUOTE] I like Machado. He seems like a cool dude. I'd love to see…

[QUOTE=daggum;18713837]its fair to criticize people for stealing belts that were already owned. he didn't say anything about fighting machado either. he just pretended he didnt exist. and [B]yeah he probably is scared of him[/B] otherwise he would have just fought…