A lightweight title eliminator—as ordered by the International Boxing Federation (IBF)—between the aforementioned contenders will proceed without being subject to a purse bid hearing, BoxingScene.com has learned. The bout was due to head to a purse bid, which was scheduled for January 28 at IBF headquarters in Springfield, New Jersey. It has since been delayed and now no longer necessary.

“[The purse bid hearing] was canceled,” Jeanette Salazar, spokesperson for the IBF confirmed to BoxingScene.com. “[The two sides] have reached an agreement.” 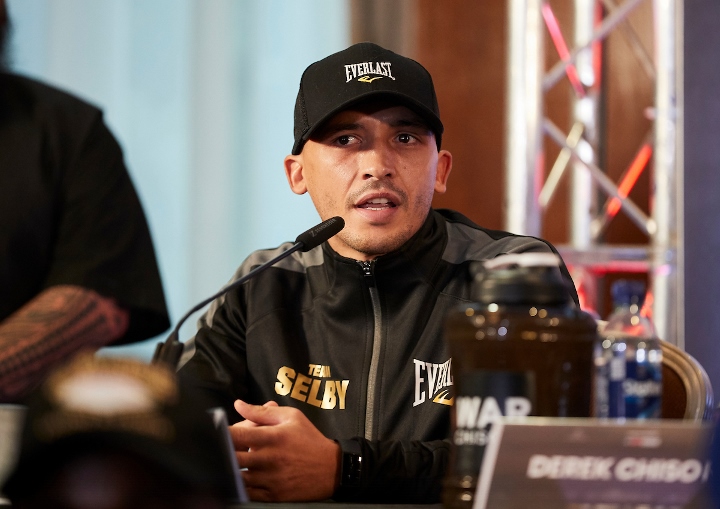 The Athletic’s Mike Coppinger was the first to reveal the development, indicating that such a fight will likely take place on a DAZN show in the spring.

The fight was ordered by the IBF in late December, two weeks after Australia’s Kambosos Jr. (18-0, 10KOs) edged former titlist Mickey Bey at Madison Square Garden in New York City. From there, his team—which includes high-powered 2019 Manager of the Year nominee Peter Kahn and Hall of Fame-elected promoter Lou DiBella—opened up negotiations with Matchroom Boxing, whom represents Wales’ Selby (28-2, 9KOs).

Significant enough progress was made to leave both sides to believe that a deal could be reached, even in the presence of a looming purse bid hearing. That precisely turned out to be the case.

Selby is a former featherweight titlist who reigned for nearly three full years beginning with a May 2015 points win over then-unbeaten beltholder Evgeny Gradovich. His title stay ended just two weeks before his third anniversary as champ, conceding his belt to Josh Warrington in their May 2018 nail biter.

Two wins have followed for the Welshman, who turns 33 later this month. Both fights took place at lightweight and at The O2 in London, beginning with a 12-round points win over divisional gatekeeper Omar Douglas last February. Eight months later came a competitive but clear decision win over former three-division titlist Ricky Burns last October.

The winner of the yet-to-be-scheduled eliminator will become the mandatory challenger to recently crowned IBF lightweight titlist Teofimo Lopez. Kambosos’ win over Bey came on the same card as Lopez’ coronation, as the unbeaten Brooklyn native scored a crushing 2nd round knockout of Richard Commey to set up a super fight with unified lightweight titlist and pound for pound entrant Vasiliy Lomachenko (14-1, 10KOs).

A date has yet to be assigned for the multi-belt unification clash, although a targeted time frame of mid-to-late spring will perfectly align with whomever prevails between Kambosos Jr. and Selby.

The title eliminator marks the fourth major fight ordered by a sanctioning body to avoid a purse bid hearing due to granted deadline exceptions. All but one have involved Matchroom Boxing, including the lone remaining vacant lightweight title as England's Luke Campbell and Dominican Republic's Javier Fortuna agreed to terms in late January.

Another step up for Ferocious, going to be tough if he reaches that last one though.