George Groves vs. Callum Smith Not Likely To Land in UK

According to promoter Kalle Sauerland, who is the organizer and top executive of the World Boxing Super Series, revealed that the upcoming tournament final, between countrymen George Groves and Callum Smith, is unlikely to take place in the UK.

Groves and Smith is the final bout of the super middleweight portion of the 2017 tournaments.

Groves vs. Smith was pushed back to the fall, after Groves suffered a shoulder injury that forced him away from the plan of staging that bout in June. 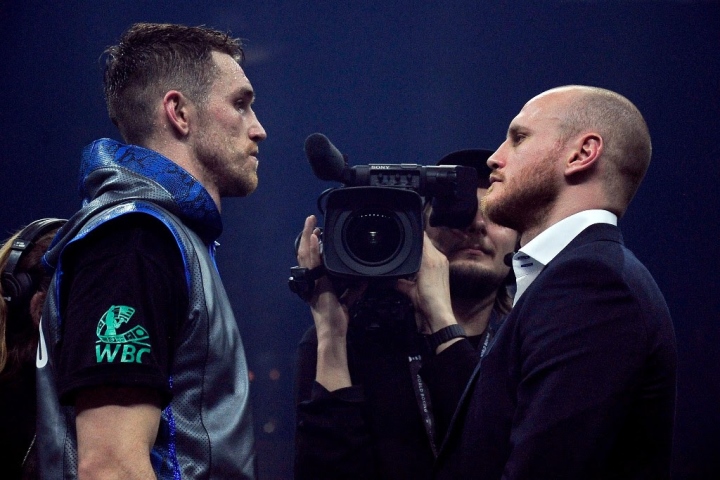 Most were expecting the contest to take place in the UK, but that doesn't appear to be the case. There is ongoing speculation that Groves vs. Smith will land in Jeddah, Saudi Arabia.

Sauerland would not reveal which location is the frontunner to host the contest.

"That fight will take place in September and the venue is potentially outside the UK. It's against the odds it's in the UK."

Groves injured himself in the semi-final victory against Chris Eubank Jr. earlier this year.

The issue now, is that the WBSS can no longer postpone Groves vs. Smith any further - as new tournaments have been announced and are going to start in the fall. They can't start the new tournaments without finishing up the current season. Currently, the WBSS have announced tournaments for the junior welterweight and bantamweight division - and there is also a third weight class that WBSS organizers have yet to reveal.

Should Groves or Smith withdraw from the final bout - Eubank Jr. is confirmed to be the replacement who is waiting in the wings.

"We have tried our very best to get the original fight on, pushing the date back," added Sauerland.

"But if there's an injury in training now it will be X against Eubank Jr."

[QUOTE=Mindgames;18927180]Its more the use of the Blackwell fight in the press release when he pulled out of hes title defence next fight. Sure, theres hype, but using a tragedy to sell a fighter isnt a good look for our game.…

[QUOTE=pillowfists98;18921138]I would rather see a Groves-Eubank rematch. Callum Smith is garbage.[/QUOTE] Eubank has no place in a ring with Groves until he's gone away and demonstrated he's learned his lesson. He needs to rebuild his career and show that he…

[QUOTE=5000boxing;18926906]Ah.. I see.. but I watched all the trash talk, and hype from blackwells camp.. an blackwell took a beating.. so he looked dangerous and proved that hes dangerous.. especially if he goes back down to 160.. I want to…

Think the problem is Groves injury has pushed this right into Joshua territory. Think Groves/Smith supposed to be happening 8th Sep, youve got Joshua 22nd taking a massive chunk of the ticket buyers, possibly Saunders/Degale 15th. All 3 maybe PPVs,…

Nobody outside the UK cares about these two fighters so this fight needs to happen somewhere in the UK.