The long-awaited announcement of the Danny Garcia-Shawn Porter welterweight title fight was made Tuesday afternoon.

Showtime, which will televise their 12-round, 147 championship match, issued a press release that confirmed Garcia-Porter will headline its broadcast September 8 from Barclays Center in Brooklyn. Philadelphia’s Garcia (34-1, 20 KOs) and Las Vegas’ Porter (28-2-1, 17 KOs) will fight for the vacant WBC 147-pound championship Garcia lost to Keith Thurman last year.

The often-injured Thurman relinquished the WBC welterweight title late in April. Thurman (28-0, 22 KOs, 1 NC), of Clearwater, Florida, hasn’t fought since he beat Garcia by split decision in their 12-round welterweight title unification fight in March 2017 at Barclays Center. 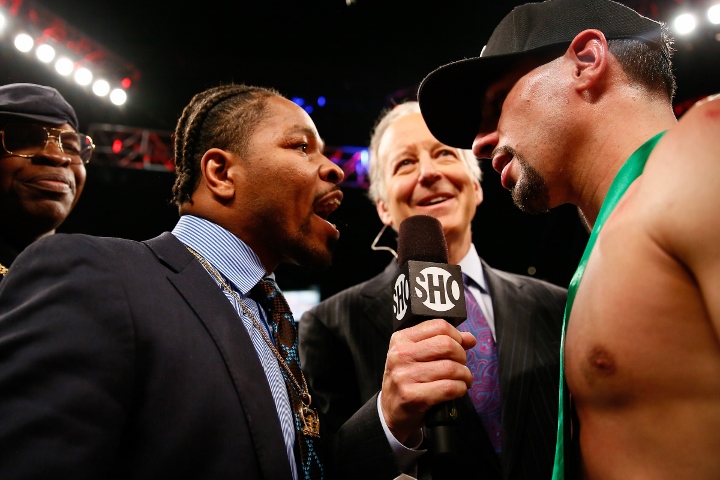 Garcia and Porter initially were supposed to fight August 25. Showtime Sports president Stephen Espinoza and adviser Al Haymon, who works with Garcia and Porter, eventually agreed to schedule their fight for September 8.

The 30-year-old Garcia knocked out Brandon Rios (34-4-1, 25 KOs) in the ninth round of his most recent fight, which took place February 17 at Manadalay Bay Events Center in Las Vegas. Porter, who is also 30, defeated Adrian Granados (18-6-2, 12 KOs, 1 NC) by unanimous decision in his last bout, a 12-rounder November 4 at Barclays Center.

Showtime also is expected to televise two bouts before Garcia-Porter on September 8 as part of a tripleheader. Those fights – David Benevidez-Anthony Dirrell and Adam Kownacki-Charles Martin – likely will be officially announced later this week.

Phoenix’s Benevidez successfully defended his 168-pound championship for the first time in his last fight. He beat Romania’s Ronald Gavril (18-3, 14 KOs) by unanimous decision in that 12-round rematch on the Garcia-Rios undercard.

Brooklyn’s Kownacki (17-0, 14 KOs) will be the toughest opponent for Martin (25-1-1, 23 KOs) since the strong southpaw lost his IBF heavyweight title Anthony Joshua by second-round knockout in March 2016 at O2 Arena in London.

The 32-year-old Martin will end a 13-month layoff versus Kownacki. Martin hasn’t fought since stopping Mike Marrone (21-9, 15 KOs) in the first round last July 18 in Alexandria, Louisiana.

The 29-year-old Kownacki most recently knocked out Georgia’s Iago Kiladze (26-3, 18 KOs) in the sixth round January 20 at Barclays Center.

[QUOTE=BLACK KNOT;18964431]lucas is better much better than you give him credit for he crushed lamont PEDerson more impressively than anyone afterwards PEDerson beat danny gift.[/QUOTE] Lucas is a bum and always will be. He did beat Petersen but lost every…

Should be a good one and maybe the winner can face Spence. Not a fan of either guy, but this fight is something I look forward to seeing. I think Garcia wins a close decision. He's a much better boxer…

[QUOTE=daggum;18967515]ggg's fought twice as many top 10 fighters as garcia and just beat the first, second, and third ranked fighters in his division as of 2017(canelo robbery). you are just naming names that people might have heard of cept most…

Hope this tripleheader becomes official. Already got my ducats for this event. Louie Dibella usually does the right thing. "It's Showtime".