Fury: You Saw What Happened To Whyte, I Won't Overlook Wilder

WBC heavyweight champion Tyson Fury is not going to overlook his upcoming opponent, Deontay Wilder, when they collided for a third time on a tentative date of December 19.

In their February rematch, Fury dominated Wilder and stopped him in the seventh round at the MGM Grand in Las Vegas. 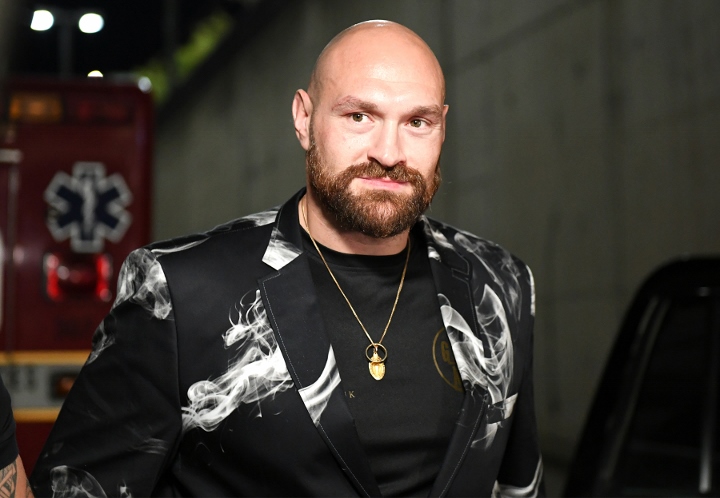 Fury was a very interested party this past Saturday night, as he watched Alexander Povetkin score a dramatic fifth round knockout of Dillian Whyte, who was Fury's mandatory challenger.

Fury believes the outcome once again provided that he's a level above the rest.

“The fact of the matter is I don't need any of their fighters, they need me. I'm the only undefeated world heavyweight champion out there. All the rest have been beaten, left by the wayside, stopped and battered. They need me. I'm a standalone Gypsy King giant ruling the division, ruling the roost," Fury told BT Sport.

“All these boxers, the Joshuas, the Chisoras, the Whytes, the Povetkins, all these people are on a similar level. I see them as four, fives and sixes. And at any time they can take each other out. It shows you what level they're at.”

And based on what happened in Whyte-Povetkin, Fury is firmly fixated on Wilder.

“As you saw on Saturday, if you overlook someone you get banged on the chin,” Fury said.

[QUOTE=jackblack008;20727454]Anyone here thinks Wilder has a chance after the battering in March?[/QUOTE] I believe he has a chance. About one in a hundred.

[QUOTE=Angeljuice;20727113]Don't Believe the Hype. Truth is, this fight will make its money in the UK first and foremost. UK is biggest slice of the money pie and AJ is still a bigger draw over here (by a huge margin). Fury…

[QUOTE=philb;20727723]If fury beats him the same way then case closed, he just has wilders number. People assume wilder is trash cause he losing to the best heavy weight after fury dethroned vlad before, atleast we gettin the best fightin the…

[QUOTE=Boxviewer;20727412]But before the knock out he was outboxing Povetkin, leading in all cards.[/QUOTE] People said the same thing about the Marquez-Pac 4 fight and look how that ended..........

[QUOTE=Jkp;20728153]I see a devastating Breazeale style ko, for whyte. I think wilder lines him up with ease. Midgets like rivas and Povetkin dropped him, a heavy weight with reach and power of Wilder would line him up with ease.[/QUOTE] Povetkin…