Fury: Wilder Will Take Trilogy For One Reason - It's Called Money!

They fought to a controversial twelve round split draw in December of 2018 at Staples Center in Los Angeles.

Their rematch took place in February, at MGM Grand in Las Vegas, with Fury capturing the WBC title with a seven round stoppage of Wilder. 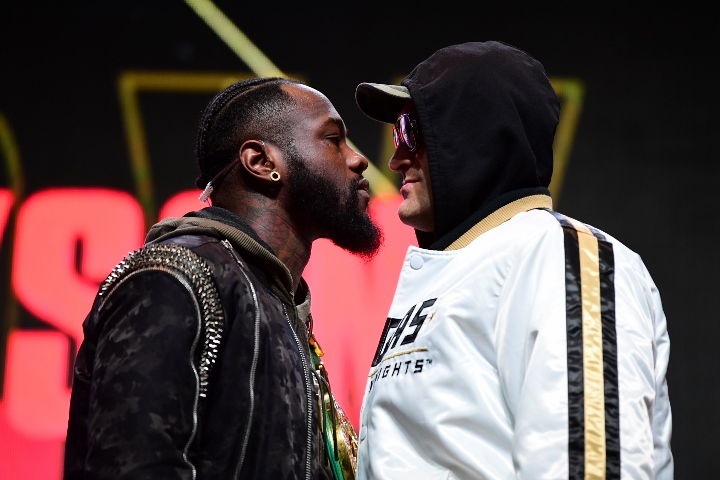 Wilder exercised his contractual right to an immediate rematch.

The third bout was targeted for July, but later pushed back due to the coronavirus pandemic.

Because the contest requires an audience, there is no telling when or where the third meeting will land.

In a recent interview, promoter Eddie Hearn expressed his doubts about the trilogy fight going forward. He doesn't believe Wilder will be physically ready.

Should Wilder walk away from the fight, then Fury might be ordered to face mandatory challenger Dillian Whyte, who works with Hearn.

There is a WBC issued order, which requires the Fury-Wilder winner to face Whyte by February of 2021.

Because there is so much money at stake in the third meeting, Fury does not see Wilder walking away from their encounter for any reason.

"There's all these words about Joshua and the others but Deontay Wilder has his third fight to take," Fury told Piers Morgan on Good Morning Britain.

"He'll take the fight for one pure reason. And it's called money. And there's a lot of money on the table here and he's got eight or nine kids to feed.

"So he'll definitely take the rematch and it's heavyweight boxing, anything can happen especially with a dynamite puncher like Wilder."

Wilder is injured. Fury should fight his mando

[QUOTE=denium;20594504]The only person that's delusional is you, thinking that a bum like Wilder can ever beat Tyson Fury.[/QUOTE] -Fury is the King -Fury toughest oponnent was Wilder ( Klit was old ) -Wilder sucks -Fury is the king Tyson fury…