Fury: Wilder Will Be More Dangerous in Trilogy Than Ever Before

In a recent series of statements, WBC heavyweight champion Tyson Fury has promised to end the career of Deontay Wilder.

He is very confident of securing a knockout victory in a planned trilogy fight, which is being targeted for December 19th.

Back in February, Fury dropped and stopped Wilder in the seventh round to capture the WBC world title at the MGM Grand in Las Vegas. 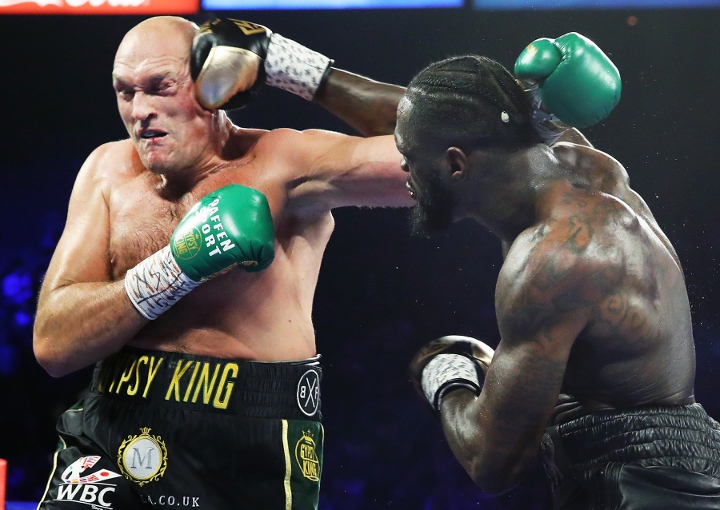 After that loss, Wilder exercised his option for an immediate rematch.

Fury believes Wilder can fix certain mistakes and enter the third bout as a better fighter.

"I think so. He only needs to land one punch in the right place and it's over as we've seen him do 40-odd times before. You can never, ever, ever write anybody off. I've learned that during my life and my career. I've been wrote-off every fight I've ever had and I always win," Fury said.

"Never write anybody off. A man who's lost his last fight, been dropped and everyone's lost confidence in is always a dangerous man."

[QUOTE=lion33lit;20648707]I never knew you asked me a question. How did all the guys you mentioned reach a Fury leveled about face in the use of dirty tactics? Fury fought a TOTALLY different fight than he’s used to fighting, he fought…

[QUOTE=etech1;20642092]You poor guy! : ( Still hurting from that Wilder loss huh? I'm not really even a Fury fan, but watching you continue to CRY like a new born... lol Maybe you should consider getting some help? Jordan Peterson is…

[QUOTE=Redgloveman;20642089]I think you need a lie down. Wilder got legitimately crushed. If Fury's performance was so dirty do you not think anyone in the mainstream media would have picked it up? Wilder didn't even mention it himself and he went…

[QUOTE=ArturoBalboa;20642159]You’re stretching hard here, wilder has been outboxed and then outfought over both fights. I did laugh at orca whale leans though.[/QUOTE] C’mon you know Fury went berserk! He even used the excuse he got a knew trainer to wild…