Mauricio Sulaimán, president of the World Boxing Council, held a press conference to unveil the second edition of the Mayan belt - an honorary title that will be given to two winners on September 14.

Initially only a single fight would receive the belt.

Now, it was decided that both Jaime Munguía vs. Patrick Allotey and Tyson Fury vs. Otto Wallin would have the titles at stake. The press conferece was held in the Lobby of the Chamber of Deputies in Mexico City on Tuesday afternoon.

Together with the WBC leader were deputies Luis Javier Alegre Salazar on behalf of the Tourism Commission, Sergio Mayer as president of the Committee on Culture and Cinematography, Idania García as representative of the government of the State of Quintana Roo, among other special guests and many champions and world champions. 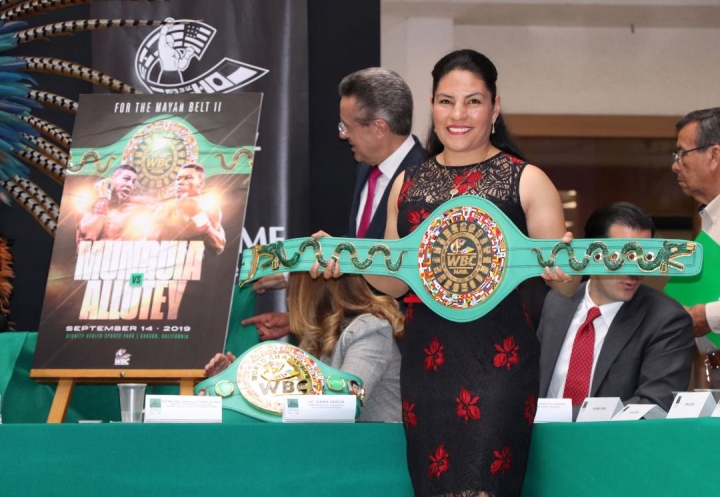 “It will be the fight where the Maya II belt will be awarded to the winner and for us it is an honor that Mexico is represented by a Mexican in Jaime Munguía. Here is the belt and we will take it to California and we wish you the best of luck for that this piece stays with you and with Mexico,” said Sulaiman. 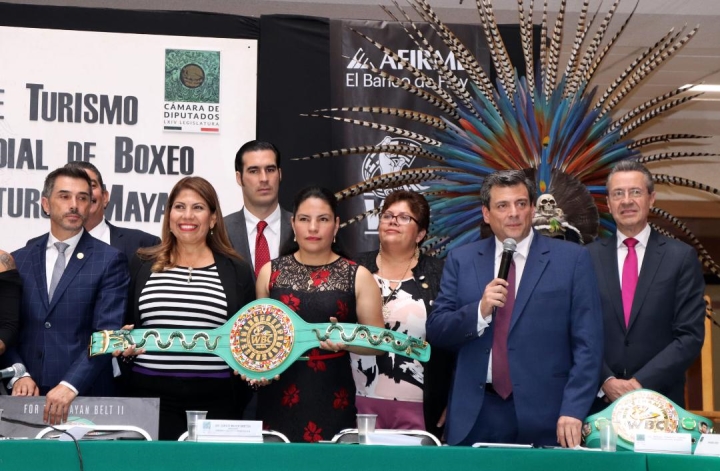 "I thank you very much, it is a great honor for me, I know that it is something very important and I will do everything on my part so that it stays with me and with Mexico," said Munguía via video call.

For this occasion, Munguía (33-0 and 26 KOs) will be the Mexican aspirant to obtain this recognition, when he exposes his World Boxing Organization super welterweight title against Ghanaian Patrick Allotey (40-3 and 30 KO´s).

“In California Jaime Munguía, a Mexican against (Patrick) Allotey of Ghana, is why the World Boxing Council made the decision to take two belts, they are two prizes that will be a part of the events of Las Vegas and Los Angeles, and multiply the presence of our beloved sport of boxing,” concluded Sulaiman.