Fury: Roach Can Do Whatever He Wants In Corner On Fight Night

Fury said during a conference call Wednesday that he added Freddie Roach to his team primarily because the Hall-of-Fame trainer has a wealth of experience that can be beneficial both before and during his fight with Wilder. England’s Fury moved his training camp three weeks ago from Abel Sanchez’s gym in Big Bear Lake, California, to Roach’s Wild Card Boxing Club in Hollywood, California.

Roach clicked quickly with Fury and his head trainer, Ben Davison, who asked Roach to join their team.

“We’re training in Freddie’s gym now, in Hollywood, at the Wild Card,” Fury said. “You know, it’s good to have Freddie’s experience around, giving us good pointers. And he’s a very nice guy, so I thought I’d invite him to be part of the team and he can give us some good experience in the corner.” 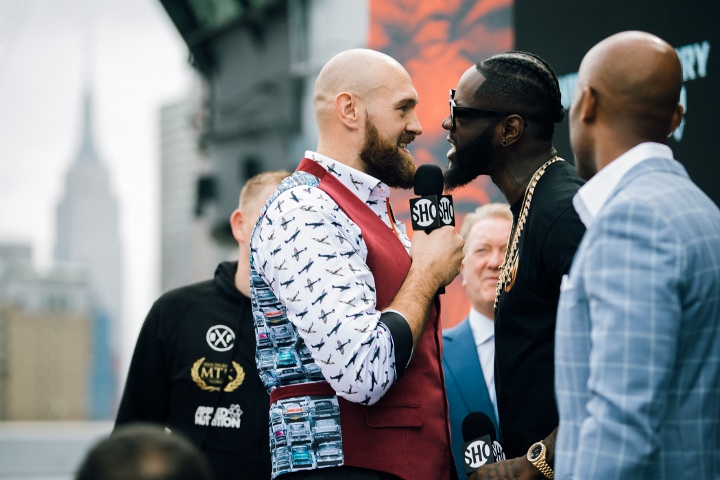 Roach told si.com earlier Wednesday that Fury hired him as a cut man for their December 1 fight for Wilder’s WBC heavyweight title at Staples Center in Los Angeles (Showtime Pay-Per-View). Fury won’t limit Roach to working a cut, though.

When asked later during the conference call if he was playing mind games with Wilder, Fury refuted that theory. The 30-year-old Fury (27-0, 19 KOs) said the move to Roach’s gym midway through training camp was planned all along, but adding Roach was an instinctual choice.

“I just invited him into the corner because he’s a lovely fella,” Fury said. “He’s been very hospitable to us. And I thought he would be good if we got him in the training, and in the corner as well, to give us some tips. I genuinely [think] he’s very experienced and he’s a very nice guy. It’s not a mind tactic to Deontay Wilder.”

[QUOTE=iamboxing;19275147]You know nothing about Fury[/QUOTE] i know 7 foot no b head and you will see either pulls out just before or dodgey ending to the fight hes only in it to secure his chav bird and hill billy kids…

[QUOTE=Sickmerch1990;19272911]I dont think i wilk bother buying this on ppv i càn see fury taking a dive even if hes not sparked out in first few rounds hes only in it for a quik pay day[/QUOTE] You know nothing about…

Weird move here if hes coming for cuts, surely hes there as the head/assistant trainer unofficially

the problem here is roach cant and wont be able to do whatever he wants. fury will find out real fast when he's looking at roach for instructions and all roach tells him is keep being aggressive lol.

Good move as we dont know how ben davidson will react if and when things arent going to plan. Probably wont change the end result however you never know.