Frank Warren, co-promoter for WBC heavyweight champion Tyson Fury, is not ruling out the possibility of a trilogy fight with Deontay Wilder in 2021.

Fury saw action back in February, when he stopped Wilder in seven rounds to capture the WBC world title. They fought to a controversial twelve round split draw in December 2018.

Wilder exercised an immediate rematch clause, with the third bout being pushed back several times due to the ongoing coronavirus pandemic. 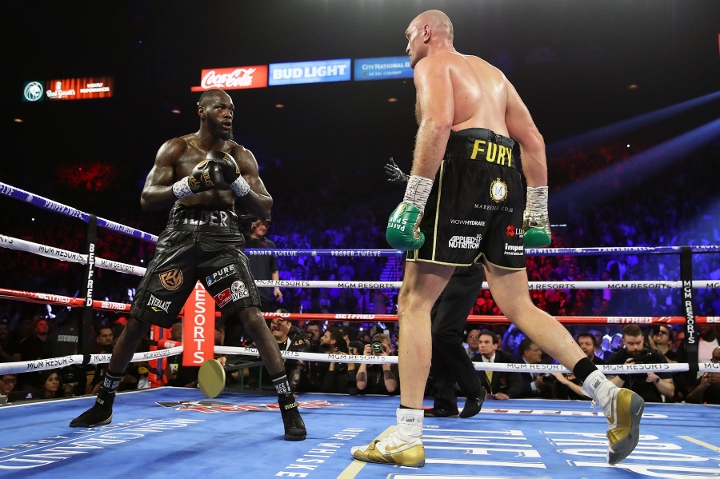 Eventually, Fury got tired of waiting and booked a planned return on December 5 at Royal Albert Hall.

Wilder and his handlers began a legal claim to force the third meeting with Fury. On the other end, Fury and his team believe the rematch clause has expired.

But now Fury's return for December is off, with the boxer announcing that his next fight will happen in 2021.

Warren explains that Fury's next fight is likely going to land on a date in February or March. And a Wilder trilogy fight is still possible - depending on the outcome of the legal claim.

"Tyson hasn’t been in the ring since defeating Wilder and he really didn’t want to be out for a full year or more and was eager to box again for his home fans. We did everything we could to get December 5 done but between [co-promoter] Top Rank and ESPN we could not find a way to make it work without fans during the COVID pandemic," Warren told Daily Mail.

"ESPN hold the TV contract rights over there to his forthcoming fights so it’s the US next for Tyson in late February or March. Although our priority has always been the big fight with [Anthony] Joshua, ideally that would be in the UK. So we now await the judge’s findings in America with regard to Wilder. That is still a huge fight in its own right."

[QUOTE=KnickTillDeaTh;20899151]I'm not taking sides though, thats what you have done. Because even though statements have come directly from Fury himself, statements that do not support what you think, you still think it. What I have done is explained that the…

[QUOTE=Silver Spear;20898749]I thought the part with me saying "that tells me" was enough? I am not spouting hard concrete facts that have been laid out because there are very little facts to begin with regarding this situation. I am explaining…

[QUOTE=KnickTillDeaTh;20896696]Your assertions are pure conjecture. There are more than enough articles and quotes directly from Fury, Arum and anyone else aligned with Fury that clearly states he didn't want to wait until next year to fight. You are creating your…

[QUOTE=KnickTillDeaTh;20891085]Mediation is part of the contract. Can't sue them for breach of contract because they haven't actually broken the contract yet, thats why mediation is still valid. As far as Wilder and his team being silent, the fight was scheduled…

[QUOTE=Silver Spear;20896153]If Fury is willing to move on and forget Wilder entirely and never fight him again. That tells me that he does not care for the money to be made in that fight. If he is willing to fight…