Fury: The Next Negative Word Hearn Says - I'll Slap His Teeth In!

Fury makes his Las Vegas debut against Schwarz on June 15th at the MGM Grand in Las Vegas. The contest will be the first bout in Fury's promotional pact with Top Rank and ESPN.

Schwarz is a tremendous underdog and has never faced anyone close to Fury's level of competition. 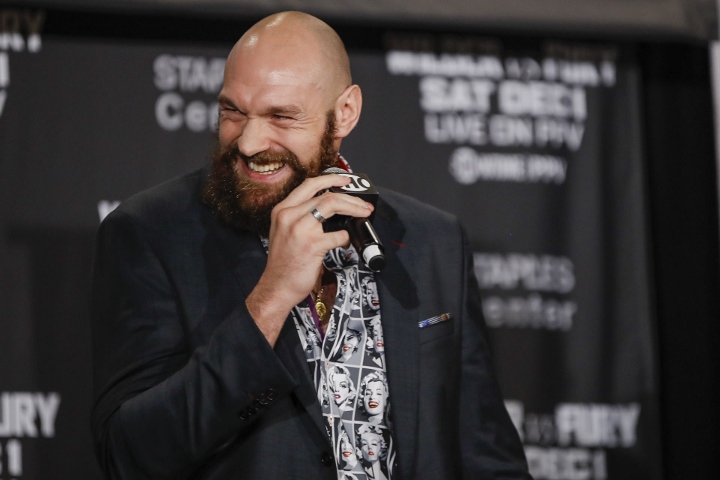 Hearn believes Fury ran from a potential rematch with Wilder.

"You know what, it’s jealousy. Eddie Hearn can’t fight. Tom Schwarz would hit Eddie with one jab and a left hook and he’d put Eddie out for a week," Fury told Behind The Gloves.

"When you get people like Eddie Hearn saying negative stuff about me, I look at it and I think, ‘You know what Eddie? You’ve never had a fight in your life.’ How can you call me and say ‘you’re sh*t’ or whatever because you can’t fight and if you could, you’d be a world champion and I wouldn’t."

Fury says Hearn is running down his fight to make the Matchroom heavyweight fights look better.

"I understand that he’s a promoter and he has to try and run me down to make his fights look better, but come on, it is what it is," Fury said.

"I’m sick of all the bullsh*t games. I say we call a truce. The next negative word you say about me I’m gonna slap all your teeth in for you."

[QUOTE=HighLightReal;19768727]Here's a stat for you, a study from November 2017 shows the United States have bred 431 World champions compared to the UK's... 63 United States has also bred 50 Olympic boxing gold medalists, Cuba has 34 and GB has…

[QUOTE=Red Skull;19740482]Gypsie king can't be bought! Not like that primadonna Canelo[/QUOTE] didnt bob arum buy him ?

[QUOTE=Sid-Knee;19768196]Is it too hard for you to find out about wins over British fighters from your fighters over the last 40 years? Jeez. Funny, because you were the one with the opinion that we get beat when we fight you…

[QUOTE=HighLightReal;19761163]You keep trying to end this but the fact remains, you haven't posted any statistical evidence to support your claim. Providing a bunch of obscure UK fighters names who don't even crack the top 50 of the ATG list isn't…

[QUOTE=Sid-Knee;19760665]You clearly are too stupid to understand what I wrote. You made the claim on beating us all the time. I pointed out that we actually beat you more than you beat us. I even gave the time period of…