Fury: Joshua Quit, And When You Quit Once You're Finished

Tyson Fury strongly believes that his domestic rival, Anthony Joshua, made a mental decision to "quit" during his June 1 clash with Andy Ruiz.

Ruiz, pulling off one of the biggest upsets in boxing history, dropped Joshua four times for a TKO victory in the seventh round. 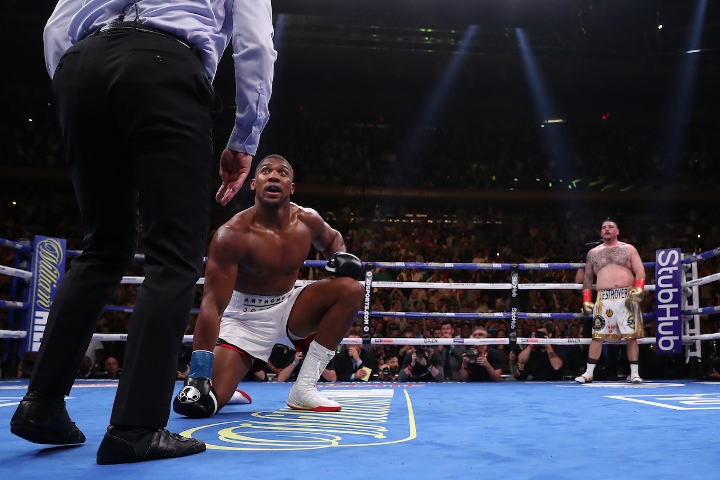 And now he exercised his right for an immediate rematch - which is being targeted for the fall.

But Fury feels Joshua had mentally checked out when he spit out his gum shield and wasn't giving off the appearance of a fighter who wanted to continue when the contest was waved off.

“It goes back to the same old thing, he gave up on himself,” Fury said to iFL TV.

“He didn’t get knocked out, he quit, he got jacked. He got put down twice, and he got up twice, but he didn’t show the referee that he wanted to continue. He spat his gum shield out and stood with his hands on the ropes.

Fury is not buying many of the conspiracy theories that people are claiming were responsible for Joshua's defeat.

50/50 right. And everyone knows it. Yeah there are guys who recovered after quiting (not many) but their are way more who never were the same. I think this will effect him in tougher fights especially vs Wilder.

fury is just trying to play mind games with aj. i dont think aj quit, he got up 4 times... he was on shaky legs after the first shot to the temple and couldnt recover. ruiz was just too good.

To be fair, I actually can't think of a fighter who quit and then had success later on, except maybe Duran.

Fury... I love brother, but please shut up...if you came back the way you did when you had your mental problems, then one defeat isn't going to be the end of the man who knocked out and retired Wladimir, something…

[QUOTE=DuckAdonis;19823587]I have no idea why you are quoting me...I guess I have spoken the truth too much? Those Fury fans are misinformed. The guy fought Wilder in his backyard on his platform after a 3 year coke and alcohol binge…