Fury: I Was Surprised Wilder Wanted Trilogy, It Must Be For Money

WBC heavyweight champion Tyson Fury admits he was surprised when Deontay Wilder exercised his contractual right to an immediate rematch.

Back in February, Fury dropped Wilder twice and stopped him the seventh round of their rematch to capture the WBC world title. In the first bout in December 2018, the contest ended in a controversial twelve round split draw.

The trilogy fight was targeted for a date of July 18, but then it was pushed back to October due to the ongoing coronavirus pandemic. 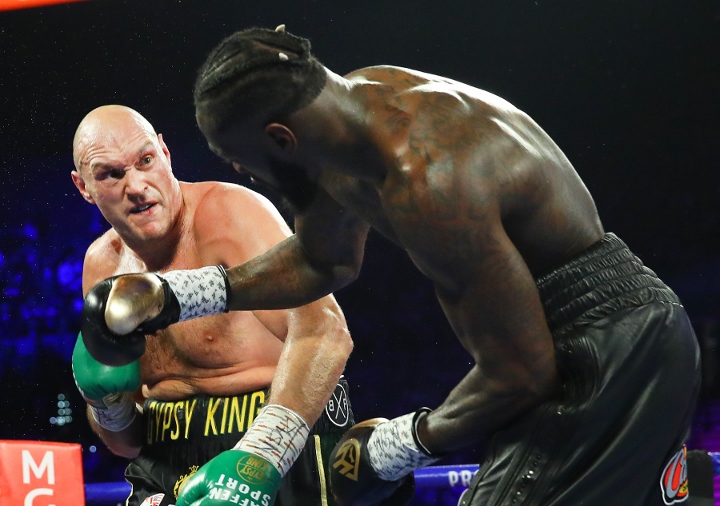 Fury believes Wilder's main influence for taking the fight is the money.

Based on the one-sided nature of the second contest, Fury did not expect Wilder to request a third bout.

“Yeah, I was surprised he took the fight because it was a one-sided fight. He didn’t win a second of that second fight, but in this game it’s a short game and a short career, and there’s an old saying – ‘We’ve gotta make hay while the sun shines,'" Fury explained to Talk Sport.

“And for Deontay Wilder at the age of 34, how many big fights out there are left for him after a domination like he had? I don’t know the man’s personal circumstances, but from what I’ve seen of these American fighters and sportsmen, they always live a rockstar’s lifestyle, even though they’re not rockstars.

“They go through a lot of money quite quickly. Just look at Mike Tyson, he went through like a billion dollars or whatever he went through. So I’m sure that the money side of it is the tempting thing. I don’t think it’s too tempting to go in there and get an absolute beating like he did before, but he would be tempted by the amount of money that he would receive because they go through it quite quickly.

“I think that’s the reason he’s taking the fight, for the money.”

[QUOTE=1hourRun;20500720]Lets see Tyson get ten straight world title defenses, like Deontay 'Bronze-Bomber' Wilder. And NO, I dont consider Pianeta, Sefari, or Schwarz, Wallin legit lineal defenses. [img]https://i.imgur.com/EFeQ7n9.gif[/img] The peoples champ will always be loved, win or lose. Deontay did not…

[QUOTE=1hourRun;20500505]Like the 'Bronze-Bomber said on social media after being robbed '' We aint going nowhere, for the war has just begun. '' Deontay, has also said before suffering his first L, he wants all the smoke, Wilder expected to fight…

[QUOTE=Dramacyde;20500822]Yeah, A hardcore Radical Black Supremacist with a Southern Whiteman as a trainer & a old Jew from New York as a manager.[/QUOTE] Kovalev accused of being Hitler david duke and head of the KKK had black people on his…