In several interviews, Hearn indicated that he's had several positive conversations with respect to a year-end unification clash between Fury and Joshua.

Hearn wants to secure a deal right now - which would be contingent upon both champions winning their upcoming bouts. 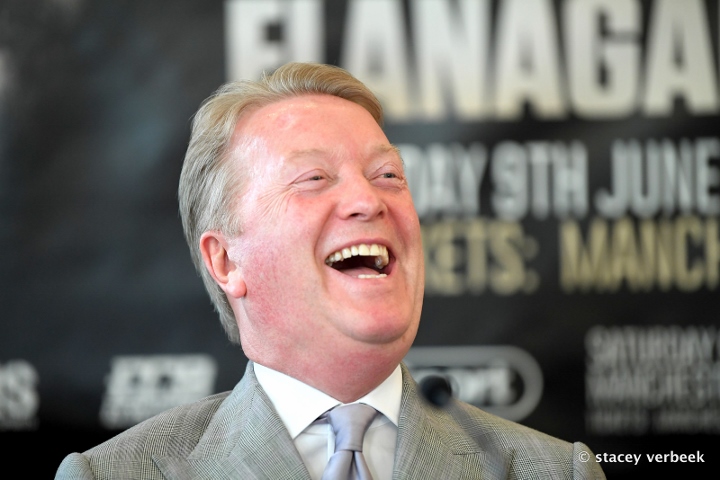 Joshua is making a mandatory defense against Kubrat Pulev on June 20th, while Fury is heading to a trilogy fight with Deontay Wilder - potentially on July 18th.

Hearn views the month of December as the period for the Fury-Joshua clash.

But Warren is disputing that any discussions for a Fury-Joshua clash have taken place.

"All this rubbish about a deal almost being done, there ain’t no deal done. It’s misleading the public,’ Warren told IFL TV.

"We’re working on the future. Obviously he’s got the fight coming up with Wilder, the third match. As we’ve been telling everyone since day one that was what the contractual position was. He served notice he wants the fight. In the meantime, AJ’s fighting Pulev which everyone is aware of. [AJ’s] promoter is telling everyone he’s been negotiating with Bob Arum and he’s very close to getting it on.

"Yesterday we had a press conference where Bob said there is no negotiations, they haven’t taken place. So someone is being very fanciful, for a change, with the truth. Any negotiations have to involve all parties sitting round a table, one is going to change that. The man who matters is Tyson and the other man who matters is AJ. Everybody’s got to do the best for the two fighters. It’s not about anybody’s ego.

"The only way you’re going to get a deal is for people to sit down and talk, and the people who matter and have contractual obligations. And that is all the parties. It’s not for somebody to come out with rubbish that’s not taken place. Bob Arum has not had those conversations, they’ve not happened. And nor can he or anybody else have them unless we’re all present. My concern is Pulev doesn’t upset the apple cart. I’m just telling you how it is. AJ will go in as the favourite, but it wouldn’t surprise me if there was an upset."

Maybe is truth, about the words Frank Warren said, but the possibility to work this deal behind the curtains is not going to surprise me. :boxing:

Bob Arum is likely in talks behind the scenes, without bothering to let Frank Warren know. :lol1:

[QUOTE=bigdunny1;20447262]Hearn has to really stop talking about other promoters fighters. Every promoter literally hates this man because he runs his mouth about their fighters and makes up shyt. Just talk about your business your own fighters and your fights. It…

[QUOTE=FaustoGeraci;20447214]BangEm, pillowfists, EnglishOxide...all just got exposed. Arum came out and said he wouldn’t have a conversation without Warren and that Hearn, Surprise!, is lying!![/QUOTE] Lol Wilder came out and also told us about his costume, we should believe that as…

[QUOTE=pillowfists98;20447075]How do you know there haven't been any negotiations?[/QUOTE] Because Frank Warren is a man of his word ....Lololololol