Frank Sanchez: There is No Other Heavyweight Like Me

"I was well prepared and I thought I fought very well tonight," said Sanchez. "I dominated the fight. I showed good footwork and movement and did exactly what we worked on. I expected a lot of pressure, but with my boxing ability, there was no way he was going to catch me." 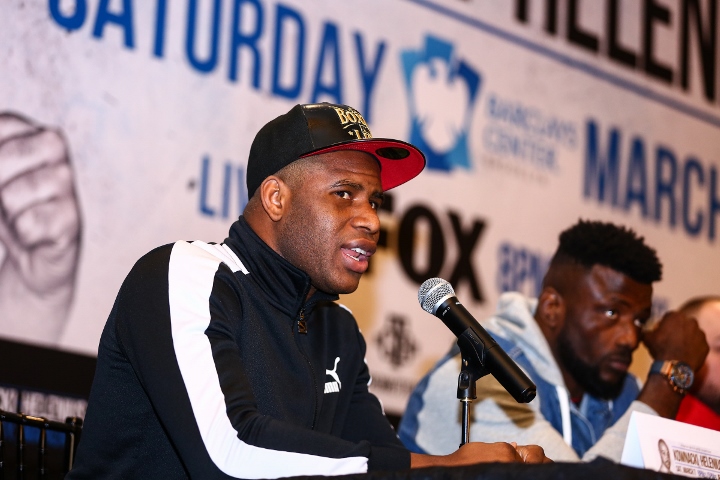 The Cuban fighter dominated with his movement, rarely being flustered by Dawejko's attack as he bounded around the ring and avoided the incoming Philadelphia native. Sanchez was also superior in punch output and accuracy, out throwing Dawejko 352 to 242 and out landing him by a 116 to 46 margin.

"I knew he was going to fight on the outside and he stayed on the outside," said Dawejko. "Not much to say, he just did what he had to do. He was scared that's why he was running around. He kept jumping back and staying away, so I guess he made it easy on the judges."

Sanchez was able to punch open a cut on Dawejko's right eye in round five, which he continued to batter throughout the remainder of the fight with jabs and right hands. After 10 rounds, all three judges saw the bout in favor of Sanchez, with scores of 100-90 twice and 98-92.

"I didn't want to fight Dawejko's fight, and he realized that and it frustrated him," said Sanchez. "He might have thought he's faced guys like me, but there's no other heavyweight like me."

He came into the fight in shape, he moved threw punches, did not get baited into a brawl with a guy who only wanted to fight one way, look at who was the main event on this card ? I…

[QUOTE=markther;20452381]My comments are based on Frank stating he has something the other HW’s in the division don’t have. When I watched the fight the other night, I don’t see it. And with a guy you are fighting on the way…

[QUOTE=PBR Streetgang;20452070]I don't know, only dude who ever stopped Dawejko is Charles Martin and Dawejko took that on short notice and was even more out of shape mentally and physically than you saw against Sanchez. He has a draw against…

Give the guy a break, he looked good, good fundamentals, good prospect apart from his age.