Frank Sanchez: I Want Joseph Parker Next, Would Win Every Round Against Him

Frank Sanchez is more than willing to fight Joseph Parker next.

When Sanchez learned Junior Fa asked for much more money for their all-New Zealand heavyweight showdown than Parker’s handlers think he is worth, Sanchez made it clear he would oppose Parker for less money than Fa sought. According to David Higgins, Parker’s manager, Fa’s team requested a “ridiculous” amount of money to box the former WBO champion on an undetermined date in Auckland.

“I am happy to step in for Junior Fa and fight Joe Parker,” Sanchez told BoxingScene.com. “I won’t price myself out because I know I will win. No disrespect to Parker, but I would win every round of the fight and he would not lay a glove on me.”

“I want to prove I am the best heavyweight in the world, and I have targeted the WBO championship,” said Sanchez, who is trained by Eddy Reynoso. “I am ready to fight anyone and prove I am the best. A win over Joe Parker would put me in line for a world title fight, and that is all that interests me.” 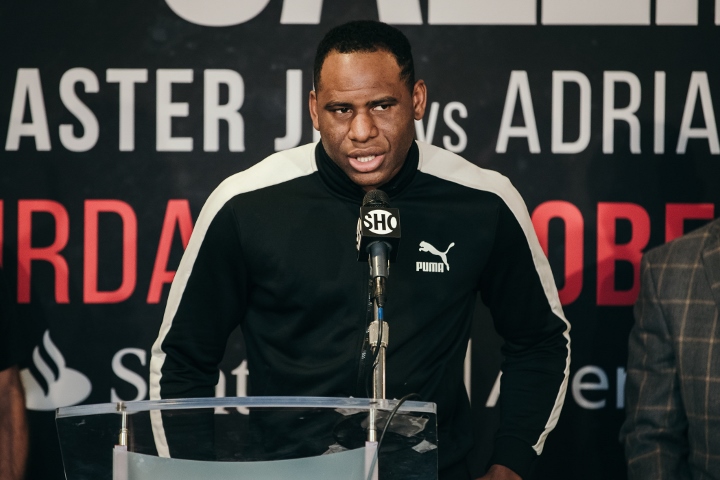 Sanchez is the WBO’s 11th-ranked contender for Anthony Joshua’s title.

Higgins was taken aback by Fa’s financial demands, especially since the sum was more than Parker would’ve earned for their fight.

“We’re talking 10 or 20 times his biggest purse ever,” Higgins told Sky Sports last week. “Parker would have been willing to fight for less than Fa [requested], and Parker is a former world champion. That’s called pricing yourself out. Fa was looking for far too much, for where they’re at. I guess it’s a mark of respect for Joseph Parker. They are worried about what would happen, frankly.

“Their camp had made noises about fighting Joseph Parker, but they should back up their words. … Fa would get his biggest-ever payday by several multiples by fighting Parker, but their demands were stratospheric, given the current circumstances. I think let’s just give it time, and meanwhile we’ll be assessing other options.”

[QUOTE=LDBC Slayer;20521445]Cuban heavyweights usually pack glass. Solis was so glassy one shot to the chin from vitali broke his knee, Perez glass, Ortiz glass, plenty of others[/QUOTE]tell me how many heavyweights has never being ko? I know of two of…

[QUOTE=REDEEMER;20521468]This is a good bet to make on the under dog here , never know Sanchez is a better boxer then Parker so if he can avoid the knockout who knows , Parker struggled badly even in the win last…

This is a good bet to make on the under dog here , never know Sanchez is a better boxer then Parker so if he can avoid the knockout who knows , Parker struggled badly even in the win last…

[QUOTE=BendOver;20521392]Let me see, Gavilan was Cuban and over 120 was never ko and I don't remember reading of knock down. Who else? Lara hasn't being ko, he is Cuban too. Do you know what Sanchez is? A heck of a…

[QUOTE=LDBC Slayer;20521251]I looked up Frank Sanchez He's Cuban so you know two things Glass chin "27" but looks 37[/QUOTE] Let me see, Gavilan was Cuban and over 120 was never ko and I don't remember reading of knock down. Who…