Former world champion Francisco 'Bandido' Vargas revealed that while there is a strong possibility of challenging Puerto Rican champion Alberto 'Explosivo' Machado, the opportunity has also arisen to confront champion Miguel 'Alacran' Berchelt in a rematch.

Francisco said on Tuesday that there was virtually no chance of taking part in a super featherweight eliminator ordered by the World Boxing Council against Eduardo 'Rocky' Hernandez.

Following his recent first round destruction of Yuandale Evans to retain the WBA "regular" super featherweight crown, Machado called for a fight with Vargas. 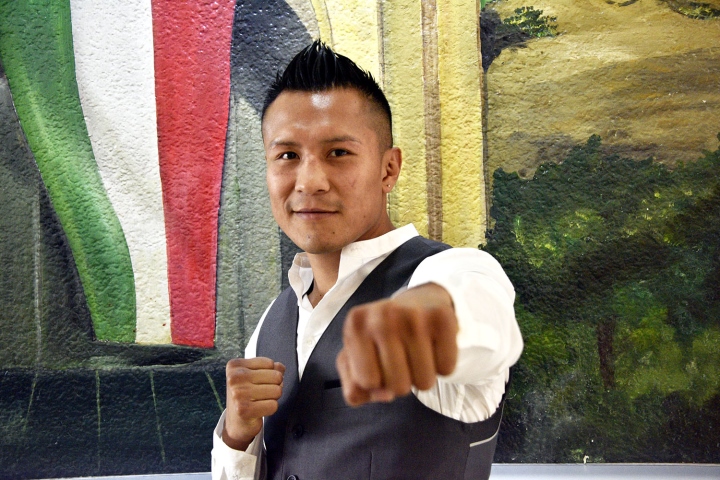 "I spoke with my manager (Ralph Heredia) and right now Berchelt can make a voluntary. I gave him the opportunity, so it would be fair to give me the opportunity right now, it would be a very striking fight in the United States," Vargas said to ESPN Deportes.

"The fight with Alberto Machado is also heating up. They want it and we want it and since there is a rivalry between Mexico and Puerto Rico - a good purse can be generated."

As far as Rocky Hernandez, he is moving forward in his own direction.

Hernandez announced that on January 12 or 19 he will make his debut in the United States, as part of a  Golden Boy Promotions card, and possibly against a Ukrainian or Panamanian opponent.

Hernandez, 20, with a record of 27-0 and 24 knockouts, said he would be happy to fight the WBC eliminator with Francisco Vargas to gain a championship crack at Berchelt; However, he accepted the fact that Vargas is likely not going to take the fight.

"First, I am very happy because my first fight in the United States is about to take place, and second, we want to show that we are ready to go for the championship. And if Berchelt gives me the opportunity, that's good, because I have respect but no fear," said Hernandez.

What is the point in fighting Berchelt?

Both would be great fights but I'd prefer if he fought Alberto Machado. But you can mix and match all they fights for great action fights!