Frampton: I Thought Katie Taylor Lost, She Can Make Statement in Persoon Rematch

There were many who felt the outcome was controversial and Persoon had done more than enough to walk away with the titles.

Now the rematch has finally been set down. 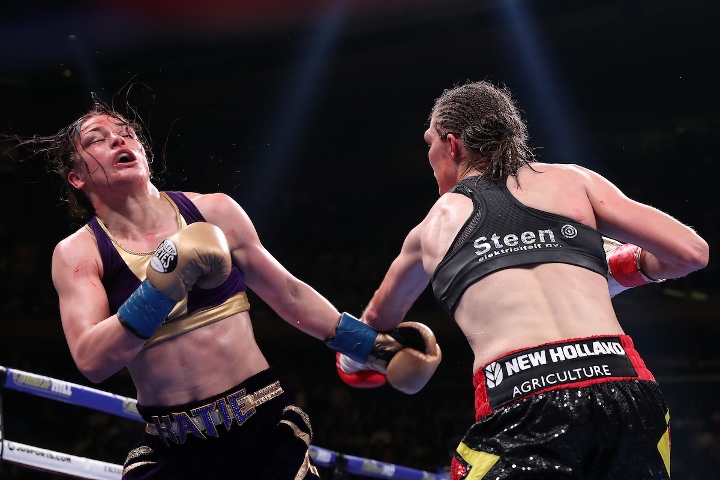 On August 22, Taylor will defend her titles against Persoon in Brentwood, as the co-featured bout to the Dillian Whyte vs. Alexander Povetkin pay-per-view event on Sky Sports. DAZN will carry the card in the United States.

Frampton, a two division world champion, was ringside for the first encounter.

Like some other observers, he felt Persoon had done enough to beat Taylor the first time around.

But he also believes Taylor can set the record straight by winning the rematch in style.

"Sitting at ringside in New York, I was convinced that Katie Taylor had lost in an epic battle with Delfine Persoon, but next month she can make a big statement by winning convincingly in their rematch," Frampton told the Belfast Telegraph.

"I was surprised that Katie and her team agreed to another war with Persoon because the first bout at Madison Square Garden last June was such a brutal fight. So full credit to Katie for going for the fight because a lot of fighters would have been happy to get the win and move on, never seeing Persoon again.

"Also, it's obvious in these days of behind-closed-doors bouts that top fighters are not going for risky 50-50 clashes, it's more like 80-20 or 70-30 because there are no fans and it just makes sense to wait for the crowds to return for the huge clashes. So that's another reason to give credit to both girls for signing up to one of the biggest fights of the summer."

I will believe the fight is on for real when I see both boxers walking to the ring, usually when a fight is confirmed u see the fight odds listed, all other fights on the night listed not this one…