Foster: I'd Love To Get Winner Of Berchelt-Valdez Or Herring-Frampton

On a series designed to encourage its winners to advance to the next level, O’Shaquie Foster has every intention of embarking on that very journey following his latest win.

The switch-hitting junior lightweight showed his versatility in a 9th round stoppage of former title challenger Miguel ‘Mickey’ Roman. Their bout served as the inaugural headliner of the new Ring City boxing series on NBC Sports Network, which aired live Thursday evening from Wild Card Boxing Club in Hollywood. 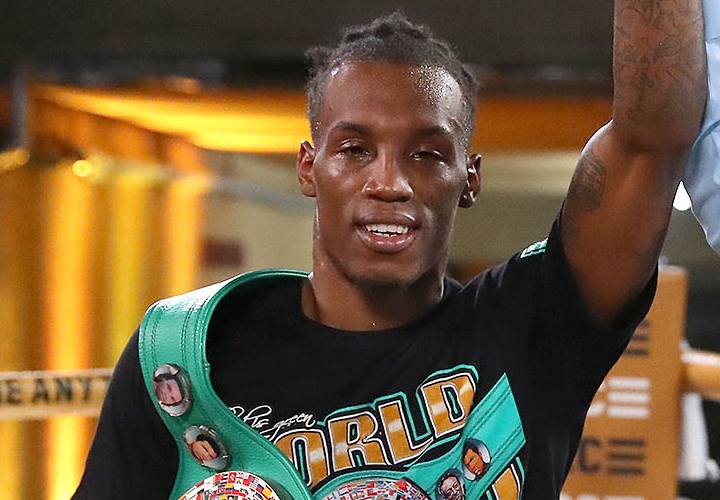 The series’ concept is to provide a platform where rising prospects and budding contenders—such as Foster—are willing to enter competitive matchups which serve as a springboard to a title shot or major fight. Naturally, that left the winner feeling like such an opportunity should be well within reach following Thursday’s performance.

“Just to be on this stage and show my talent in front of the world, it’s unbelievable,” Foster told NBCSN’s Curran Bhatia after the fight. “I feel like I showed everybody I can box and be on the inside and mix it up. I got an all-around arsenal.”

Industry-wide whispers have long suggested that Foster (18-2, 11KOs) is right there near the front of the pack in terms of talent and skill set. All that has ever been missing in his boxing career is the right opportunity to showcase himself at his best. In picking up his 8th straight win, the 27-year old Houston native is ready to cross that bridge and start challenging the division’s best.

“I’d love to get the winner of Miguel Berchelt and Oscar Valdez,” Foster stated, calling out whomever prevails in the forthcoming 130-pound title fight budgeted for the first quarter of 2021 on an ESPN platform. “If I can’t get them, anyone of them guys with a belt.

“Jamel Herring, the winner of his fight with Carl Frampton. Any one of the top guys, I’m ready to get in the ring with.”