Foreman: Give Wilder Another Chance - He Can Beat Fury Easily!

Former two time heavyweight champion George Foreman revealed that he counseled Deontay Wilder in the aftermath of his technical knockout loss to Tyson Fury back in February at the MGM Grand in Las Vegas.

Wilder suffered his first career defeat, and lost his WBC heavyweight crown, when he was dropped twice and stopped in the seventh round, after his corner threw in the towel.

The first time around, in December 2018, it was Fury who hit the deck twice, including a vicious knockdown in the twelfth round. The contest ended in a controversial twelve round split draw. 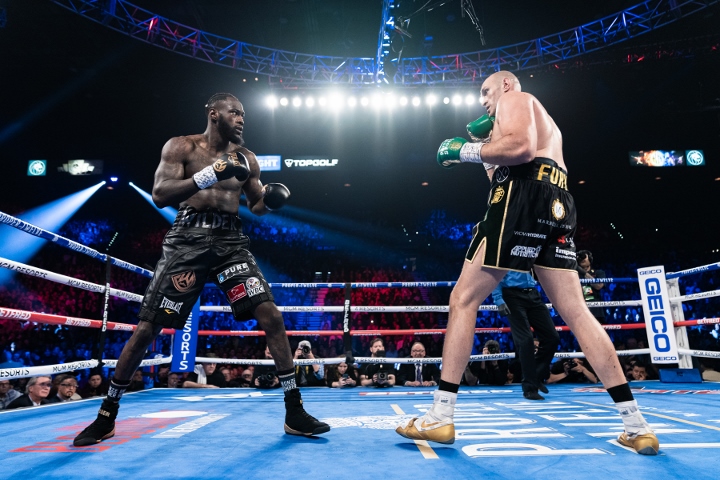 Foreman explained that he suffered the same type of defeat, when he was stopped by Muhammad Ali during "The Rumble in the Jungle" - which saw Foreman lose his title and suffer his first career defeat in 1974.

There is now a third fight coming, with Wilder exercising an immediate rematch clause.

The trilogy bout is being targeted for a date in early October. It was initially pegged for July, but then pushed back due to the ongoing coronavirus pandemic.

"He's gonna have to live with [the Fury loss] but I can show him how to live with that and come back better. We talked a lot on those lines."

Foreman believes Wilder, with the correct adjustments, can beat Fury and he can win the trilogy fight in style.

"Not only beat him, [Wilder] can do it easily," George says, adding ... "Give him another chance. He'll show you," Foreman said.

[QUOTE=wrecksracer;20503406]Foreman didn't "resort" to the cross arm defense He was trained to use it by Archie Moore. His trainers were 2 of the best defensive fighters in the history of boxing (Saddler and Moore). Styles of fighting come in and…

[QUOTE=Blond Beast;20502423]I did mock the cross arm defence, but that was in response to a comment of George would make all the right adjustments to beat Ali in a rematch. The cross arm is the biggest adjustment he ever made…

[QUOTE=wrecksracer;20496423]Foreman is a consensus top ten heavyweight in the history of boxing. Among trainers, writers, and fellow boxers. He's an Olympic Gold Medalist. He has one of the best jabs in heavyweight history. You mocked him for using a cross…

[QUOTE=5000boxing;20499382]Wilder has the greatest punchers chance out of any puncher in heavyweight boxing.. Yet.. U people are so sure Wilder has no chance. Fury will get his azz beat in the third fight![/QUOTE] Fury has taken his best punches, in…

[QUOTE=Squared.Circle;20498551]Bless your wiccle cotton socksies!! Lol so he wasn’t super focused for the first two fights? There is nothing Wilder can do different. He’s a terrible boxer with a low IQ. He’s gonna get pinged around the ring and bullied…