Saul ‘Canelo’ Alvarez isn’t just the highest paid boxer in the world today; he also strongly rivals the richest athletes among any genre.

The Mexican superstar and reigning World middleweight champion cracked the top 10 of the annual Forbes World’s Highest-Paid Athletes list, which profiles the 100 top earners from around the world. The list is generated every June by the business magazine, based on earnings generated from the prior June to present day rather than over the course of a traditional calendar year. He is among five boxers on this year's list, matching the total from 2018.

Alvarez (52-1-2, 35KOs) earned $94 million over that stretch, landing at number four. Renowned soccer (football) stars Lionel Messi ($127 million), Cristiano Ronaldo ($109 million) and Neymar ($105 million) are the only athletes to have generated more than the two-division champ, who turns 30 in July. 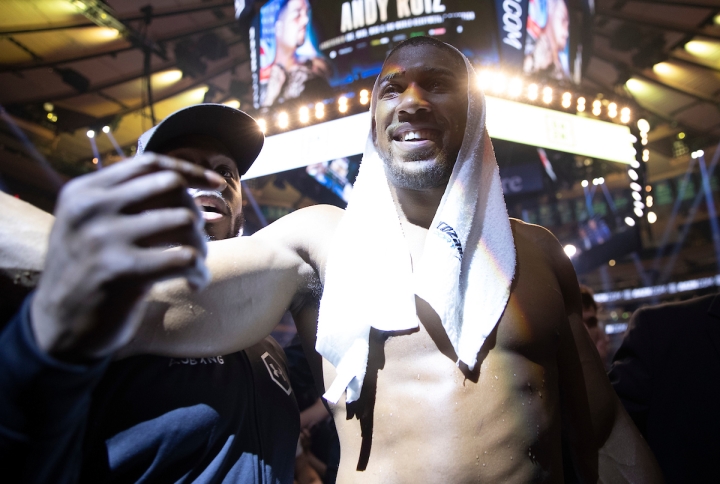 The aforementioned trio all enjoyed a significant boost through endorsements. Alvarez is tied with Messi for having earned the most specifically in their given trade, with both earning $92 million on the clock. Alvarez grossed another $2 million through endorsement deals with DAZN and Everlast.

Barely half of Alvarez’s take stems from his lucrative, long-term deal inked with sports streaming service DAZN last fall. He earned $15 million for a super middleweight fight with Rocky Fielding last December external to his 10-fight, $350 million pact—at the time, the most lucrative sports contract in history.

It has since been surpassed by Major League Baseball star Mike Trout, who ranked 17th on this year’s list in having earned more than $50 million since last June.

Alvarez–who earned more than $40 million for last September’s rematch win over Gennadiy Golovkin (#95, $25.5 million total earnings)—has now landed on the list in each of the past five years, improving significantly in ranking and earnings from his placement one year ago.

The young superstar more than doubled his earnings of $44.5 million from June 2017-June 2018, which placed him 15th on the 2018 list which was topped by Floyd Mayweather, who amassed $285 million over that same period. The bulk of it stemmed from his Aug. 2017 wipeout of Conor McGregor who ranked 4th last year.

Also enjoying a spike in pay and ranking is Anthony Joshua. Despite having suffered a crushing 7th round knockout to Andy Ruiz to lose his unbeaten record and slew of heavyweight titles earlier this month, the Brit still raked in $55 million overall, landing 13th on this year’s list after having placed 25th one year ago.

Joshua (22-1, 21KOs)—who ranked among the Top 100 for the fourth consecutive year—pulled in $10 million from more than a dozen sponsors. His total far exceeds the combined amount of the other four boxers on this year’s list.

On the opposite end of the endorsement scale is Joshua’s longtime divisional rival, Deontay Wilder. The still unbeaten heavyweight titiist made his Forbes Top 100 debut, landing at number 56 with his total earnings of $30.5 million.

Nearly all of it has come on fight night, coming from his 12-round draw with England’s Tyson Fury last December and a one-round blowout of Dominic Breazeale this past May. His $500,000 in sponsorship leaves the heavyweight as just one of 19 athletes among the Top 100 to only make that amount or less through endorsements.

It also means that Wilder ranks much higher among base salary earners, placing 32nd when sorted out that way.

Returning to the Forbes list is punching politician Manny Pacquiao. The eight-division titlist—who twice placed number two on the list, just behind Mayweather in both years—raked in $26 million between wins over Lucas Matthysse last July and Adrien Broner this past January, landing at number 92 on this year’s list, three spots ahead of Golovkin, whose earnings from his June 8 win over Steve Rolls came just outside the June 1 deadline.

Lionel Messi & Canelo definitely are the current active GOATS of their sport!

[QUOTE=SteveM;19825711]5 no? My impression is that it's been that way for 20 years or more. Meaning boxing is neither growing nor fading compared to how it was before. I do think there's many more boxers making 6/7 figure dollars per…

[QUOTE=The D3vil;19825578]Not really. There's only 4 boxers out of 100 athletes on the list. That's scary for boxing, because what it says is that boxing is top-heavy, where a few guys make all the money, while everyone else is struggling…