Floyd Mayweather Jr. fought just once in 2017, but the retired superstar still made more money last year than any other athlete in the world.

Mayweather topped Forbes.com’s rankings, released Tuesday, with an estimated $285 million in overall earnings last year. According to Forbes, Mayweather made $275 million from his pay-per-view extravaganza against Conor McGregor and an additional $10 million in endorsements.

Las Vegas’ Mayweather, then 40, came out of retirement to meet McGregor, a UFC superstar who had never before competed in a professional boxing match. Mayweather stopped Ireland’s McGregor in the 10th round of their scheduled 12-round, 154-pound bout August 26 at T-Mobile Arena in Las Vegas. 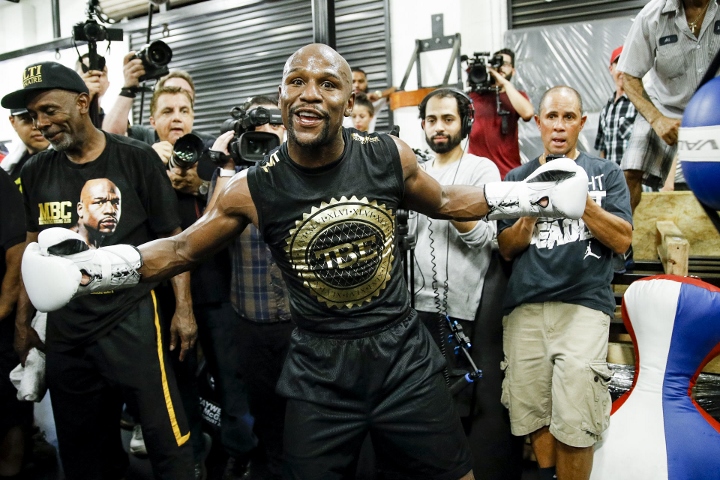 Though widely dismissed as a mismatch and offered at a higher price point than most boxing pay-per-view events ($100 in HD), their spectacle produced approximately 4.3 million pay-per-view buys, the second-highest total in boxing history. Mayweather’s unanimous-decision win over Manny Pacquiao in May 2015 generated boxing’s record, right around 4.6 million buys.

Mayweather (50-0, 27 KOs) retired for the third time in his career after defeating McGregor.

McGregor, 29, didn’t compete in a single mixed martial arts match in 2017. Because his showdown with Mayweather was so lucrative, though, he ranks No. 4 on Forbes’ list with $99 million in overall earnings ($85 million from the fight; $14 million in endorsements).

[QUOTE=j.razor;19036416][B]Originally Posted by A-Wolf Those are Kim Kardashian numbers. Imagine if Floyd was actually entertaining how much money he would have. [/B] Look at the your post up top. Floyd is the only billionare in boxing history so yeah that…

[B]Originally Posted by A-Wolf Those are Kim Kardashian numbers. Imagine if Floyd was actually entertaining how much money he would have. [/B] [QUOTE=A-Wolf;18836990]He was [I]entertaining[/I]? Is that your claim?[/QUOTE] Look at the your post up top. Floyd is the only…

[QUOTE=A-Wolf;18834068]Those are Kim Kardashian numbers. Imagine if Floyd was actually entertaining how much money he would have.[/QUOTE] He was that's why he made that much.