Floyd Mayweather Being Lined Up For Exhibition Bout in China

According to the South China Morning Post, former five division world champion Floyd Mayweather, 42-years-old, is being lined up for another exhibition bout, this time in China.

On New Year's Eve, Mayweather took part in an exhibition fight in Tokyo - where he was paid $9 million to blow away Japanese kickboxing sensation Tenshin Nasukawa in 136 seconds.

The Mission Hills Group has invited media members to attend a press conference in Haikou, Hainan on September 18 to announce Mayweather’s “first fight in China”. 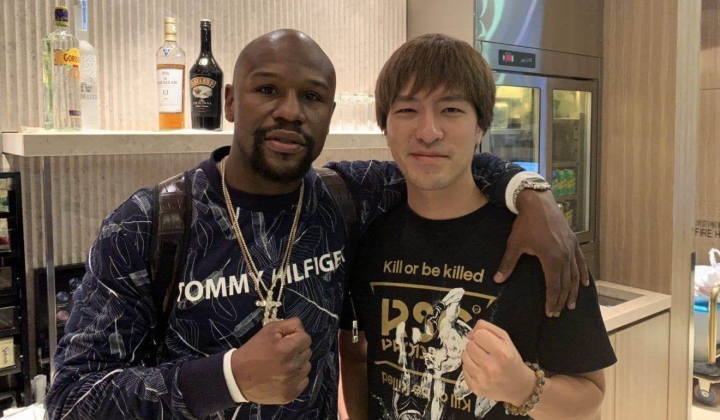 Mayweather retired back in August of 2017, after stopping UFC superstar Conor McGregor in the tenth round at the T-Mobile Arena in Las Vegas.

The details of the exhibition fight, which are being discussed with Mayweather, have yet to be finalized. The contest would take place in 2020.

“The press conference will announce that Mayweather will hold a boxing match in China next year,” a spokesperson told the Post. “We have already got the Hainan government’s temporary approval for this event.

“But everything needs to be confirmed with Floyd as well. The details are not 100 percent confirmed yet. We are in the process of negotiating details with Mayweather’s management.”

The Post indicates that there will be a recruitment campaign held in China to find Mayweather’s opponent.

“This match aims to enhance the friendship between two powerful nations through boxing, gaining popularity for Hainan in the role of an international tourism island and achieving Mission Hills’ vision of bringing world-class sports events to Haikou,” the media invitation added, according to The Post.

Mayweather is set to tour the Missions Hills Resort Haikou in the afternoon on September 17 before a private welcome dinner. On September 18, there will then be a signing ceremony with a press conference and a group interview.

Mayweather was in Hong Kong in June to discuss a potential exhibition fight with local boxing promoters DEF Promotions.

[QUOTE=tdubb;20044464]Imagine if Manny Pac fought these nobodies, haters would have a fill day.[/QUOTE] Manny is not retired, so yes, if he started fighting exhibitions he would be ridiculed. Mayweather has been retired for 2 years so he can fight whomever…

[QUOTE=AdonisCreed;20044482]Woooooowwwww you just referred to Floyd as Canelo's dad smh haha haha haha that's funny I'm so done lol[/QUOTE] Right. To call someone ur “Son” is the biggest insult in boxing no question.

[QUOTE=GhostofDempsey;20049713]You are forgetting that Pacquiao had more wear and tear on him than Margarito. He was twice KO’d in his career prior, went through wars with Barrera 2x, Morales 3x JMM 2X and Cotto. You make it sound like PAC…

[QUOTE=Spoon23;20048649]Now you are making up stories. Pac is a hugger now?? You desperate. [IMG]https://thehknhaven.files.wordpress.com/2016/06/desperate-gif.gif[/IMG] All I saw was a grown ass juiced IV man bigger than an Asian midget hugging all night long. I though lionel richie was singing in…