The latest installment of the FIGHT NIGHT franchise delivers access to both Shields and Hammer surrounding the most important moment of their careers, giving viewers a rare glimpse behind closed doors to the fighters and their respective camps.

The unanimous decision victory in what Hall of Fame boxing historian and commentator Steve Farhood called, “The most important fight in the history of women’s boxing,” gave Shields further claim to her self-described moniker, “The G.W.O.A.T.” (Greatest Woman Of All Time). 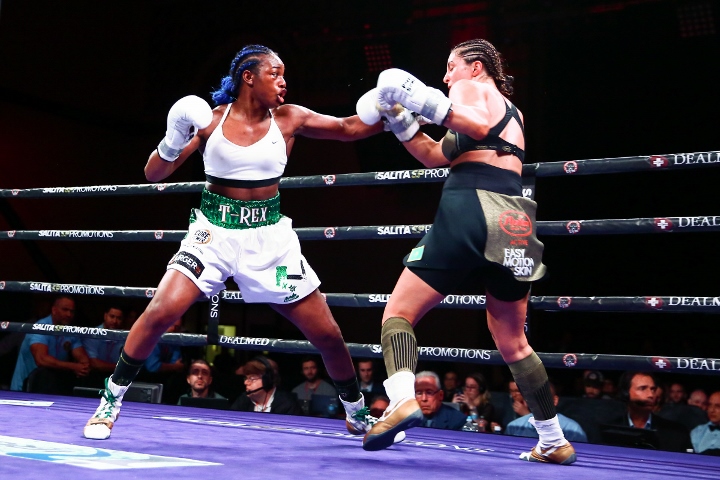 “I’m just happy women’s boxing is getting all this love, but it’s about the respect part of it,” Shields said. “I know there’s the money and the fame, but respect is the big thing for me – that I’m respected as a fighter. I want to be known as a boxer. I want people to respect me as that.”

As a female boxer Shields is a great talent and she's only getting better. John David Jackson is sharpening her up and fine tuning some things I just don't like where her ego is going in terms of being able…

I think you'll find anybody with any brains will appreciate Katie Taylor as a fine boxer , role modal and all round great advert for boxing , not just female boxing either , she is humble , talented and leaves…

This is excellent good stuff. Also, the hate is real.:usa:

The network see the $$$$$ potential in Women's boxing. I see :boobies: and some pretty good looking ring girls. :lol1: