Last month a press conference was held in Las Vegas to announce the Nevada Boxing Hall of Fame's 2020 class.  One of the inductees, Fernando Vargas, was on hand for the proceedings.

The former multi-time world champion was very appreciative of the honor when he heard the news.

“I was happily surprised and grateful. I definitely thank God for all of his blessings and we are happy to be here. It is a beautiful honor and I am excited,” said Vargas. 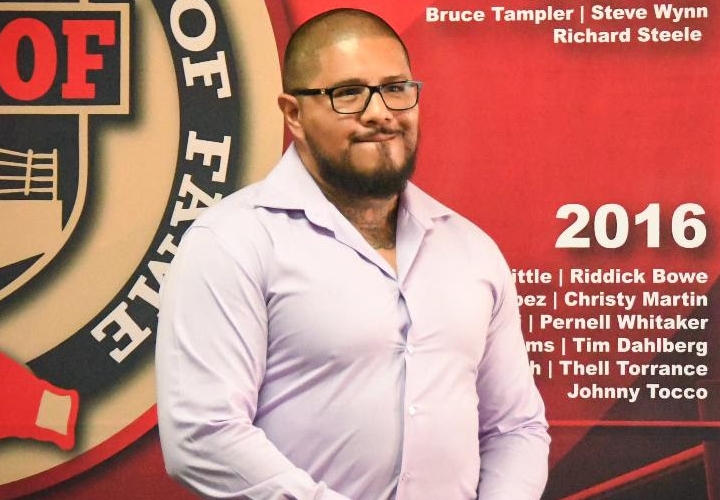 The now 42-year-old and Las Vegas resident was a member of the United States 1996 Olympic team and fought most of the top fighters in the super welterweight division during his career.

When asked to compare his era to the current one, Vargas declined to say which was better and said that both had Hall-of-Fame talent.

“Everybody is relative to their own generation. I think that there are still great fighters in this era. I mean there is still Manny Pacquiao around. He started a little bit before me. There’s Pacquiao and Floyd (Mayweather) might be coming back, you never know about that. They are great champions," Vargas stated in reference to Pacquiao's career starting in 1995.

Vargas' career was fast tracked, as he won and lost a lot of big fights during his run in the professional ranks with his signature wins coming over Winky Wright, Yory Boy Campas and Ike Quartey.

In both victory and defeat, Vargas was known for being a warrior in the ring and having fan friendly style.  He said that those are the qualities that he wants to be remembered for.

"I definitely came in a great era and really, I was fighting the guys that were before me like Ike Quartey, Oscar (De la Hoya) and (Felix) Trinidad. They were there before me but I was a champion that had heart that I wanted to fight the best. When you are the best and you are the champion, you want to fight the best. It doesn’t matter win, lose or draw you want to give your all and that is what I did each and every time,” Vargas told BoxingScene.com.

Cotto vs Vargas would have been a heck of a fight!

[QUOTE=Ray*;20522024]Honestly I wouldn’t be shocked, Vargas was a very volatile personality when he was younger in boxing. That description would match him. I don’t know him personally but just going by what I see of him at boxing events, pressers…

[QUOTE=chirorickyp;20522012]My son's grandmother unfortunately knew him well. She was a teacher and helped many Latina girls in the 90's. One girl she tutored was his girlfriend and he beat her regularly. She knows little about boxing so I had to…

My son's grandmother unfortunately knew him well. She was a teacher and helped many Latina girls in the 90's. One girl she tutored was his girlfriend and he beat her regularly. She knows little about boxing so I had to…

Man I remember watching El Feroz when he started off as a pro fighting on PPV undercards and his fights against Yory Boy and El Diamante. I hated him at first but I began to like him as I grew…