It was reported by Bild that the 40-year-old athlete was arrested at a fitness fair.

According to the outlet, Sturm is accused of tax evasion. It is also noted that the athlete recently lived in Bosnia and Herzegovina and was previously unavailable to the German police. 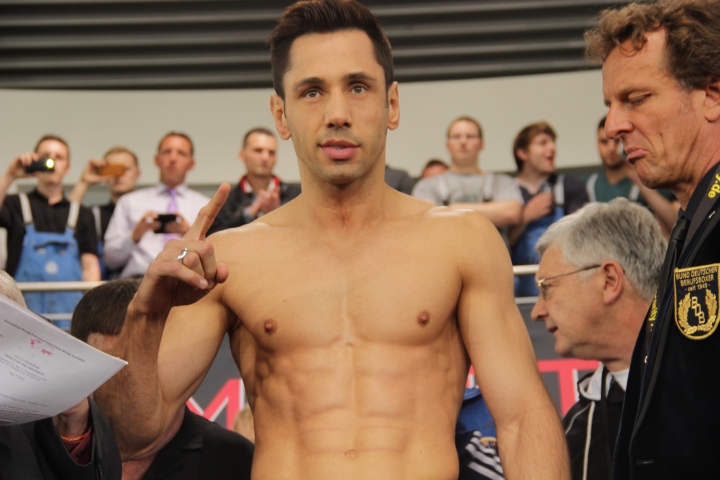 Sturm first won gold in 2003, when he captured the WBO middleweight title, and then lost the belt in a highly controversial decision to Oscar De La Hoya in 2004 - a high profile loss which made Sturm a name in the sport.

He won the WBA middleweight  title in March 2006, defeating the Samoan Marcelo. He was criticized for several years for refusing to make a mandatory defense against Gennady Golovkin.

There were also several close decisions that went his way. In 2010 he moved up in weight and captured the WBA super middleweight title.

On February 20, 2016, Sturm met with Russia's Fedor Chudinov in the battle for the WBA super middleweight title and recaptured the belt by split decision.

After the fight, an anabolic steroid stanozolol was found in a German's doping test, and as a result, he was denied the title.

The Germany authorities were going to pursue criminal charges against Sturm, in connection to the claimed use of steroids - but the boxer put a halt to his pro career and swiftly moved to his native country of Bosnia.

In total, Sturm had 48 fights in his professional career, having won 40 wins, 18 of which by knockout, losing 5 times and completing three fights which ended in a draw.

[QUOTE=davef;19642814]he shouldn't worry just hold the trial in Germany and the jury will give him the win[/QUOTE] HAHAHA! Comment of the day!

[QUOTE=Tatabanya;19642304]No, I didn't exactly mean that. I should have expressed my concept with a different phrasing. Indeed the "building up" of a career must necessarily include the has-beens and tomato cans, no question about it. To avoid writing a whole…

Sturm was solid. SOLID. Don't judge him about taxes. There are walking time bombs in the US and past greats that got nabbed due to BS promoters "managing" their money. Euro fighters don't have the exposure that American fighters do.…