A stacked tripleheader in Japan is now without its centerpiece attraction.

BoxingScene.com has learned that reigning junior flyweight titlist Felix Alvarado is forced to withdraw from his planned title unification bout with unbeaten Ken Shiro. Their two-belt fight was slated to take place Dec. 23 in Yokohama, Japan, but Nicaragua’s Alvarado is no longer able to go through the bout after failing to shake a lingering ailment which plagued him even prior to opening training camp according to a report from Telenica/Canal 8’s Levi Luna, who was first to report the development.

“My manager William Ramírez spoke with the (promoters) in Japan and notified them that I am not able to be 100% ready for the fight,” Alvarado (35-2, 30KOs) told Telenica. “Señor William made the decision and the people of Japan agree.” 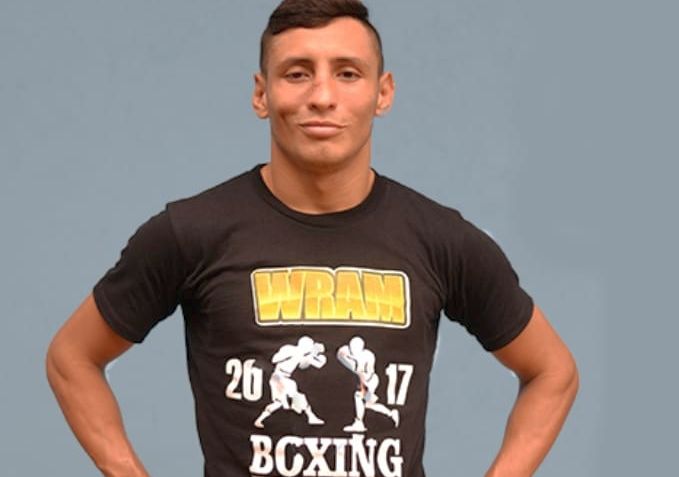 News of the development was confirmed by Alvarado's handlers.

"Unfortunately, that is correct," Ramírez told BoxingScene.com. "Felix has been unable to train due to a bronchial problem, therefore the fight is in jeopardy.”

The latter part is in regards to whether or not the bout will be rescheduled, or if Japan's Shiro (16-0, 9KOs) plans to remain on the Dec. 23 show, which would push back any such plans for the unification bout.

Alvarado first felt ill at home in Nicaragua before opening training camp in Miami. Inability to properly breathe after training sessions prompted a team discussion to pull from the event. Not being at full strength for Shiro—arguably the best junior flyweight in the world—is hardly a sound game plan to face him, although the greater concern is for Alvarado’s well being.

“It was a mutual agreement with my team and my manager,” noted Alvarado, who was looking at his third straight title fight on the road.

The 30-year old from Nicaragua—whose twin brother Rene (31-8, 20KOs) challenges Andrew Cancio for the 130-pound title this weekend in Indio, California—traveled to Philippines to win his 108-pound belt, scoring a 7th round knockout of Randy Petalcorin last October. His lone successful title defense to date took place this past May, outpointing Reiya Konishi on the road in Kobe, Japan.

Conceding hometown advantage to Shiro was never an issue, but entering such a bout at less than full strength was a dealbreaker.

“I could never train one hundred percent since I came to Miami, because the climate change affected me,” admitted Alvarado.

Whether or not Shiro will remain on the card versus a replacement opponent has yet to be determined. The unbeaten titlist from Kyoto, Japan looks to make the seventh defense of his title, although sources have alerted BoxingScene.com that there is preliminary discussion to reschedule the unification bout with Alvarado.

[QUOTE=Koba-Grozny;20199893]It ain't a fantastic card -at least, by their usual End of Year standards (and it's not even a real end of year card being on 23rd), and this will take the lustre off it even more, but whilst I…

[QUOTE=john l;20199872]Yea New yrs is always a big boxing day in Japan. The card though this year is not good imo outside this fight. If him fighting would push back or cancel this fight then I would rather him not…

[QUOTE=Koba-Grozny;20199845]Thing is these end of year Japanese cards are kinda like a traditional thing and a bit of a big deal over there I think and they always try to get the top Japanese stars fighting. If Inoue hadn't have…

[QUOTE=Koba-Grozny;20199845]Thing is these end of year Japanese cards are kinda like a traditional thing and a bit of a big deal over there I think and they always try to get the top Japanese stars fighting. If Inoue hadn't have…

[QUOTE=john l;20199809]Hey Koba. Yea it will not be a top opponent imo. Its prob best they reschedule it. This was one I was really looking forward too also.[/QUOTE] Thing is these end of year Japanese cards are kinda like a…