ESPN+ will televise the SES show on Saturday headlined by IBO light heavyweight champ Sven Fornling taking on Dominic Boesel - a fight that is also for the vacant WBA Interim title, reports boxen1.com.

Commentating for ESPN at ringside will be Andy Clarke and Ben Davison.

This is big business and great news for SES promoter Ulf Steinforth and manager Benedikt Poelchau. In Germany the main fights are televised by MDR. 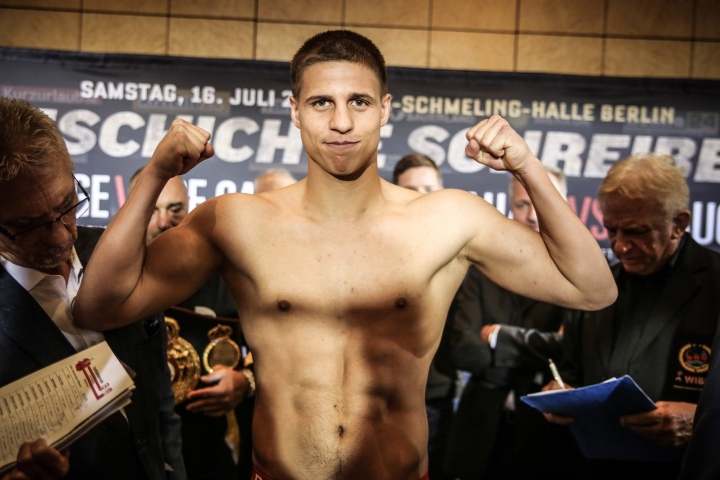 Former WBA champ and current EU super middleweight titleholder Tyron Zeuge is off AGON Sports show in Berlin on November 23 due to a tooth infection.

Lion Sports will according to the EBU stage Emre Cukur (14-0) vs Juergen Braehmer (51-3) for the vacant EBU 168 lb title on February 18 in Goeppingen (Germany). If Braehmer is interested in this fight is still an open question though. Topping the bill is Kevin Lerena´s defence of the IBO cruiserweight title against Firat Arslan.
...

The court case against former WBA middleweight king Felix Sturm is now underway in a court in Cologne. Sturm has been in custody since April and the main charges are for tax evasion for about six million Euro, writes express.de.

Sturm claims he is innocent and that he is broke but still has plans to resume his career once released. If sentenced he can look forward to up to ten years behind bars.
...

While older brother Kubrat did his thing Saturday night in the US, younger brother and cruiserweight Tervel Pulev fought Friday (Nov 8) in Bergisch Gladbach and took out fragile chinned veteran Kai Kurzawa (38-9) in the first round. Kurzawa was down twice. Pulev is now 14-0.

[QUOTE=Buggy bear;20183989]If they can jail Uli hoeniss from Bayern Munich they can jail Felix sturm , tax evasion if found guilty is serious ****[/QUOTE] Of course it is your money is not your money it is EU money. Cause.....healthcare ya…