CHRIS EUBANK JR could still replace Floyd Mayweather as boxing’s pound-for-pound king, according to his father.

Eubank Jr is gearing up for a pivotal clash with James DeGale at London’s O2 Arena next Saturday.

The 29-year-old is looking to rebuild his reputation after suffering another high-profile defeat against George Groves in the semi-final of the World Boxing Super Series last year. 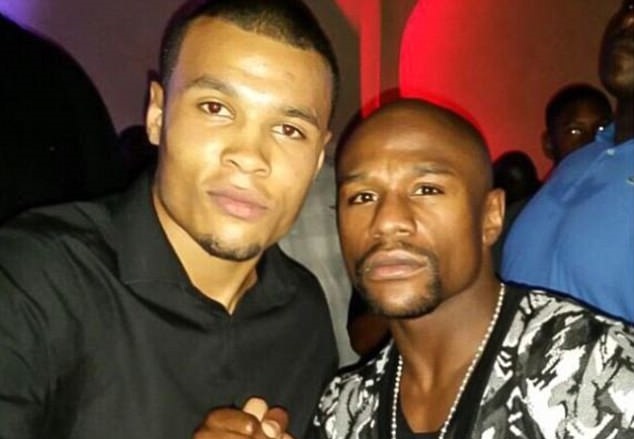 After talking plenty of talk in the buildup, he failed to walk the walk at the Manchester Arena, instead slumping to a unanimous points loss against the Saint.

It is the second blot on Eubank Jr’s record, with Billy Joe Saunders also outpointing him in 2014.

Eubank Sr once drew widespread criticism for tipping his son to go on and become better than Mayweather - the 50-0 five-weight world champion who is regarded by many as the greatest boxer of all time.

And the former super-middleweight chief thinks it could still happen.

“If you look at the [Nick] Blackwell fight, and obviously very unfortunate about the outcome or the aftermath, but that performance - I was looking at brilliance,” he told iFL TV.

“It doesn’t really matter who the opponent is, can you perform like that? Because obviously he’s got the tools: the hand speed, the volume in terms of rate of punching.

“What couldn’t he do in my head? I thought this was a man who could replace Mayweather - and maybe he still can.

“But now I’ve got to just step back and watch because, obviously, things don’t always add up to what you think because you don’t know what’s going on in the head of an individual.”

For only the second time in his career, Eubank Jr has employed a full-time trainer ahead of his bout with DeGale - with the relatively unknown Nate Vazquez stepping into his corner.

The only other coach he has worked under is Adam Booth, but that relationship lasted a mere two fights before the pair went their separate ways.

Eubank Sr says it’s all down to his son now, insisting he will ‘learn the hard way’ if he doesn’t listen.

“Junior has all the tools, so it’s down to you now,” he said.

“You’ve had great advice, you’ve had adequate advice. So if you can’t hear then you learn the hard way.

“And this is the same for all fighters, so I’m not just looking at my son. James DeGale has every right to win if he has done the work and if he has paid attention to the respect he should have for those who he should be respecting.

“It didn’t happen, so you can’t really guess. What I thought I knew, obviously I got that wrong.

“Still, he has all the tools to be an exceptional fighter. Let’s see if he can actually use those tools.”

[QUOTE=P4P Forever;19520818]Yes. He's not replacing, Mayweather! Ever what is he even talking about? He may look descent against soft competition. I thought he looked poor again Groves and more so against BJS. There was another fight I saw as well…

[QUOTE=P4Pdunny;19520839]You know I actually think DeGale will beat Eubank on Sat, that is how little faith I have in him. I sat in a room full of Eubank believers from those silly instagram clips of him throwing 2 million punches…

[QUOTE=Noelanthony;19518592]If you knew your boxing ,balls is probably the one thing you would give jnr. I like him to be fair. And yes he has lost every 50/50 fight he has contested. However , if he can’t beat Degale who…

The boy is just a fitness fanatic who was lucky to have the chance to build a residual fitness base through privilege ..that's it I'm afraid ..still at least he's got rid of abbot and Costello in his corner (…