Eubank Jr. Wants Golovkin Showdown: I Know I Can Beat Him!

WBA interim-middleweight champion Chris Eubank Jr., who recently signed a promotional agreement with Team Sauerland, is eager to get in the ring with IBF world champion Gennadiy Golovkin.

At the time Eubank Jr. was being promoted by Eddie Hearn, who said the British boxer was being difficult to get the deal done - which forced Hearn to replace him with Kell Brook.

Eubank Jr. has long claimed that he was fully on board to face Golovkin and the two sides were simply unable to agree on terms. 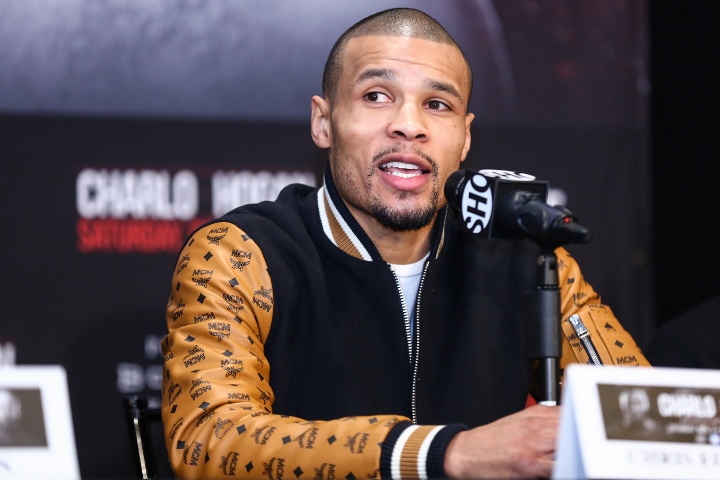 Now under the Sauerland banner, Eubank hopes to get Golovkin in the ring.

Golovkin was in action last month, as he broke down and stopped mandatory challenger Kamil Szeremeta of Poland.

He's free to make a voluntary defense against an opponent of his choosing.

"Gennady Golovkin is at the top for the simple fact that I've been trying to get that fight for years. I know I can beat him. The fight was pretty much made a few years back and it slipped through my fingers. It's always bothered me, it's always been a regret of mine. I wouldn't want to finish my career not having fought him. And he has a middleweight world title. Simple. On top of all that," Eubank told Boxing Social.

Promoter Kalle Sauerland believes a clash between Eubank Jr. and Golovkin would make for a very big event in the UK or US.

“The fight that is at the top of our list is Golovkin, which is the fight to make at 160 if you want to rule the division. So that’s the scalp that everyone wants. GGG is a legend, and I think that’s a fight that can take place in the UK or the U.S. It’s a massive, massive fight, but there are others," Sauerland said to IFL TV.

[QUOTE=Curt Henning;21016907]why didnt golovkin have a second 160-168 lb option if eubank didnt sign?[/QUOTE] Maybe because they thought plan A would work out and Brook was good enough for a plan B. Another British fighter, another Hearn fighter. It doesn't…

[QUOTE=alexjust;21018541]You really don't understand how boxing works, how business works, how negotiations work. You are very naive if you think that Eubank was a distraction while the primary target was Brook. He really, really wasn't. You probably won't be convinced…

[QUOTE=Curt Henning;21016907]the reason was golovkin had already made fun of canelo for fighting khan.....theres no way he could straight up negotiate with brook and sell him as his actual target.....thats not just "reasons"...that is A REASON...a big one.....that was pretty…

It woild be a war but wont be surprise if ggg stil win...

Eubank literally needs to fight anyone. He's wasting his career. Golovkin will beat him. Eubank doesn't hit hard enough. He's been fighting above his weight.