Eubank Jr: Saunders Will Fight Lower-Tier Guys Until He Cashes Out Against Me!

WBA interim-middleweight champion Chris Eubank Jr. would certainly entertain the opportunity to avenge the first defeat of his pro career, which came at the hands of Billy Joe Saunders six years ago.

But, at the same time, he is not interested in actively pursuing the contest.

According to Eubank, he's tried several times in the past to get a deal done and none of the discussions came close to crossing the finish line. 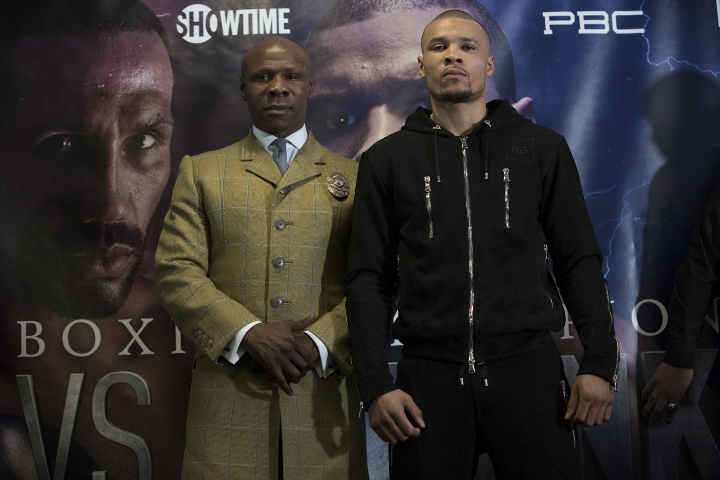 If the opportunity comes up and appears to be an agreement he can finalize - Eubank is all for it.

"We have our history and it's a fight that will always be on the boxing public's tongue," Eubank Jr told Sky Sports.

"But it has been so hard to make over the years that I have fallen out of interest with it. There are so many other big fights out there for me that it is way back in my mind.

"If there is, at some point, an opportunity to get it done? Then I'm all for it. But I'm not actively seeking it. He isn't in my mind and hasn't been for years. It's up to him and [his promoter] Eddie Hearn to come to us with the right deal. But they haven't done that because they know what would happen."

Saunders, the WBO's super middleweight world champion, will defend his title against Martin Murray on Friday night at the SSE Arena in Wembley.

Eubank believes Saunders was "wimping out" by failing to finalize a deal to face Saul "Canelo" Alvarez, who  takes on Callum Smith on December 19.

"He doesn't live the life so Murray is all he is capable of competing against," Eubank Jr said.

"He will fight lower-tier guys until he decides to cash in and fight me. Name one guy who was a big name that everybody was excited about that he beat? I can't name one."

"Name one guy who was a big name that everybody was excited about that he beat? I can't name one." Haha, Eubank Jr anyone? Thought not. The man's mad.

Fans bash BJS even more than they bash Eubank... but it would still be a good fight. Sanders beats Eubank... a second time... just from his ring I.Q. alone... plus he's really tricky as a pure boxer. But it would…

[QUOTE=Adsy;20920895]Yeh pretty new to it, only been following boxing seriously for 5 years or so, no shame in that. I mean ive heard of Murray but never seen any footage of him fighting or nothing. I more meant hes obviously…

[QUOTE=JayCho;20920772]I think he prices himself out as he seems to think he’s a big name but really isn’t based on his own achievements! Would love him to rematch Korborov or a fight wit Deryvechenko(can’t spell his name haha)[/QUOTE] exactly ,…