Eubank Jr: I Want To Take Over 160 - I Would Face Charlo Next

Chris Eubank Jr has an intense feeling about him as he readies himself for his return to middleweight on December 7 against Matvey Korobov at Brooklyn's Barclays Center as he seems very mentally and physically readied ahead of his American debut.

Eubank Jr currently holds the IBO world super middleweight title after campaigning at the 168 pound limit for three years which included victories against Artur Abraham, Anvi Yildirim and most notably James DeGale, with the DeGale fight seeing him become a two-time world champion.

The Brighton native, who has been training in Las Vegas, now moves back down to middleweight faces two-time world title challenger Korobov, a fighter who pushed Jermall Charlo to the limits in their world title clash. Eubank Jr opened up about his return to middleweight and assessed how he sees the Korobov fight going. 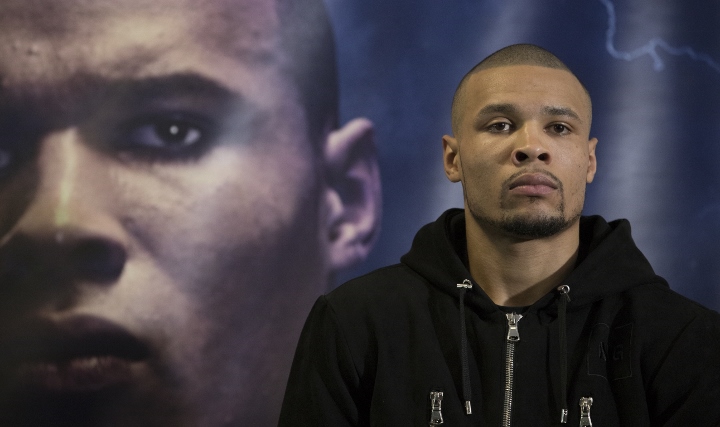 Eubank Jr said, "The transition down to middleweight hasn't been a shock to the system as I thought it may have been, to be honest. I'm not far over the weight now and we're a couple of weeks out. The Vegas heat has really helped but I've really done this weight properly and I'm ready to go.

"Korobov is a good fighter, he had a massive amateur career and he gave Charlo a great fight for the world title not long back. His style I feel however is one that will suit me, and I think I will outbox him and eventually get the stoppage victory.

Eubank Jr continued, "I am really excited to be making my American debut at the Barclays Center in a few weeks time and I feel that this fight is a good fight for my first fight on American soil."

Topping the bill on December 7 is current world middleweight champion Jermall Charlo who clashes with Irish based Australian Dennis Hogan. Eubank Jr gave his take on a potential clash with Charlo and his other targets in the middleweight division.

He said, "I want to take over the middleweight division and fight some of the best fighters out there. I don't believe Charlo is one of the best out there, to be honest, and I'd be happy to fight him after I take care of business on December 7.

"Now I am back down at 160 pounds I will be a big middleweight. I was having breakfast the morning of the weigh-ins when I was at 168 and I was barely putting any weight on after the weigh-in. Now I'm going to show a more explosive version of myself at middleweight."

[QUOTE=Califire209;20213870]Im from America and I back Eubank jr. to take out Jermall all-bark no-bite Charlo.[/QUOTE] Lost his bark top when Jacobs confronted him. Didn't talk trash again about anyone until Jacobs moved up to super middleweight.

Im from America and I back Eubank jr. to take out Jermall all-bark no-bite Charlo.

[QUOTE=revelated;20213419]Chin. Like the chin J-Rock was said to have before Charlo disproved that theory?[/QUOTE] So far it looks solid.. But you are right, we haven't seen him hit by mall yet neither.. So.. I almost don't wanna see it.. cause…

Good trainers are needed to be great for Junior!?