Eubank Jr: After I Beat Korobov - Jermall Charlo is On My Radar!

Chris Eubank Jr. is heading back down to the middleweight limit for a scheduled showdown with top contender Matt Korobov.

They are set to collide on December 7th, for the Interim-WBA middleweight title on December 7th from the Barclays Center in Brooklyn, New York. Showtime will carry the fight.

Eubank Jr. has been competing at the super middleweight limit for his few fights. Earlier in the year, he retired former champion and Olympic gold medal winner James DeGale. 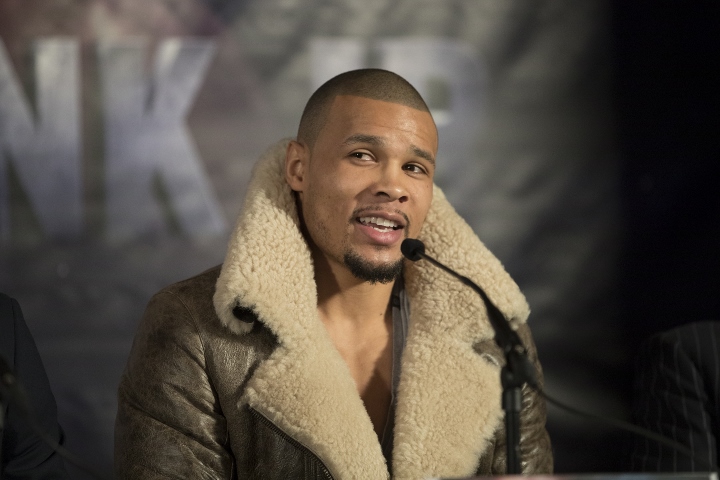 In the televised main event of the card, WBC middleweight champion Jermall Charlo will be defending his title against highly-ranked contender Dennis Hogan.

Should he win the upcoming fight, Eubank Jr. would like to get his hands on Charlo next.

“It’s always been a dream of mine to fight in the U.S. Even with everything I’ve done in the sport over in the U.K, I’ve always felt there was something missing and I believe it was the urge to introduce myself and my fight style to the American audience of fight fans. Now I have my opportunity,” Eubank Jr. said.

“I’ve never been a real super middleweight. I walk around at 170 pounds out of competition and have to eat breakfast the day of my weigh-ins to make 168. I believe at 160 I am going to be a beast now that I have become accustomed to fighting much bigger fighters over the last three years.

"I think Korobov will be awkward until I pin him down and when I do, I will show the audience why I am a fan friendly fighter. When I dispatch of Korobov, Charlo is definitely the name that’s on my radar.  He is seen as one of the elite fighters in the middleweight division and I intend to prove that he is not on my level. It will be satisfying stamping my mark on the division against Charlo after I beat Korobov. I think it will be a great fight for the fans as together our styles would make for a very exciting bout.”

[QUOTE=apollocreed;20198246]He didn’t really take it to Groves for 12 rounds. He said he was going to, but he tasted the power in round one and was then hesitant throughout, until Groves’s shoulder went and he became aggressive in the 12th.…

[QUOTE=Roberto Vasquez;20197884]Eubank is a great fighter. Hope he wins[/QUOTE] you the first person i've seen say this. He has some good attributes but he's yet to be able to bring it together. I think at top level he'll get found…

If Eubank Jr. wanted Charlo, then Hogan and Korobov would've been uneccessary! I hope we get Charlo vs. Eubank Jr.!

Charlo vs Eubank Jr will be an exciting bout.

Typical Eubank arrogance - always overlooking his opponent and calling out a bigger name. Korobov is past prime to be honest, but he can still give Eubank a real test. Eubanks best win is Degale - he did well, but…