ARLINGTON, Texas – One of Errol Spence Jr.’s protégés got upset on his undercard Saturday night.

Marco Delgado landed the cleaner, harder punches in their six-round light heavyweight bout and defeated previously unbeaten Burley Brooks by split decision on the Spence-Danny Garcia undercard at AT&T Stadium. Judges Javier Martinez and Don Griffin both scored their fight 59-53 for Delgado, but judge Javier Alvarez prevented Delgado from winning a unanimous decision because he scored their fight 57-55 for Brooks.

Brooks had a point deducted just after the halfway point of the sixth and final round for hitting Delgado with a low blow. Brooks previously landed a low blow at about the same point of the fifth round, which caused the first brief break in the action to allow Delgado to recover.

Brooks landed a hard left to Delgado’s body just after hitting him with a very low right hand.

Delgado buzzed Brooks in both the second and third rounds, which caused Brooks to hold in each instance. Brooks battled back at times later in their bout, but he didn’t land nearly as many flush power punches as Delgado.

In the bout before Brooks won, Juan Tapia was the aggressor against Fernando Garcia throughout their eight-round featherweight fight.

Tapia dictated the action and comfortably beat Garcia on all three scorecards. The judges scored their fight 79-73, 78-74 and 78-74 for Tapia.

In the first fight on the undercard, unbeaten prospect Frank Martin knocked down Tyrone Luckey in the third and fifth rounds on his way to a technical knockout victory.

Their scheduled eight-round junior welterweight encounter ended at 2:31 of the fifth round. 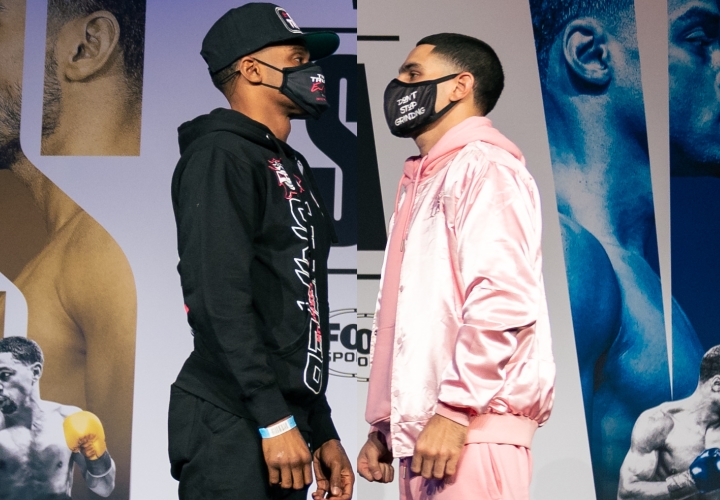