Erik Morales: If Garcia Beats Spence - He Could Be P4P #1

Morales remembers when he took a very dangerous risk by facing Marcos Maidana in 2011, and almost everyone expected him to get demolished within the first half of the fight.

The opposite happened, with Morales nearly derailing Maidana and fighting the much bigger puncher on toe to toe terms. In the end, Maidana won a twelve round majority decision. 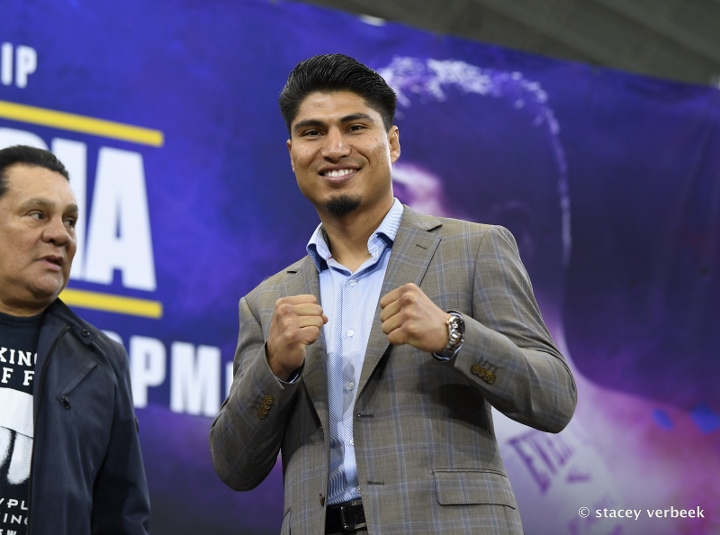 Garcia is a 4-1 underdog in the contest.

Morales gives Garcia a lot of credit for taking on such a risk - where most observers believe the bigger and stronger Spence is too tall of a mountain to climb.

"It would be a great accomplishment [if Mikey wins], it's a very complicated fight," Morales said to ESPN Deportes.

"Errol Spence, at the start, is left-handed, for the weight (welter) he has speed, he has height, he's more accustomed to the weight, he's bigger, he's in his prime, he's younger. Mikey is smaller and he's really taking on a very complicated fight since both are undefeated and Spence is more used to fighting at welterweight, so [Garcia] has everything to gain and if he loses it is understood that this fight was very challenging.

"Today few fighters would consider doing something like this, this is a fight to think about. I had the opportunity to talk with Mikey and ask him why he selected (Spence). And he told me that he wanted the strongest, the greatest, that he wants be the best in the world.

"It really is a very complicated fight, and if he wins, he will win everyone's respect, and he would be close to being the number one or two pound-for-pound at this moment."

Could be......? If Garcia beats Spence he is definitely the P4P King. I don't think he can do it but if he pulls it off he clearly is the Number 1 fighter right now and it wouldn't be close.

If Mikey beats Spence he gets another W on his record and another alphabet strap. I'm not sure what else he gets.

[QUOTE=DeeMoney;19584768]The problem with everyone congratulating Mikey for 'daring to be great', is that it takes two to tango. To the same extent that many laud fighters for moving up outside their best weight class, many deride bigger fighters for fighting…