Erickson Lubin: I Want a Top-10 Kind of Guy in Next Fight

Houston, Texas - In the co-feature, 23-year-old super welterweight contender Erickson Lubin (21-1, 16 KOs) stopped an overmatched Zakaria Attou (27-7-2, 6 KOs) in the fourth round, picking up his third straight knockout since he suffered a setback to Jermell Charlo in a world title fight in 2017.

A vicious barrage of power shots dropped Attou against the ropes at 1:19 of the fourth round, and after rising to his feet, the Frenchman’s corner threw in the towel.

Lubin, who looked confident and comfortable from the opening bell, used his excellent jab to set up his power shots. The Orlando, Fla. native landed 19 of his 99 jabs and 32 of his 78 power shots, including 14 of 25 in the ever-important fourth round. 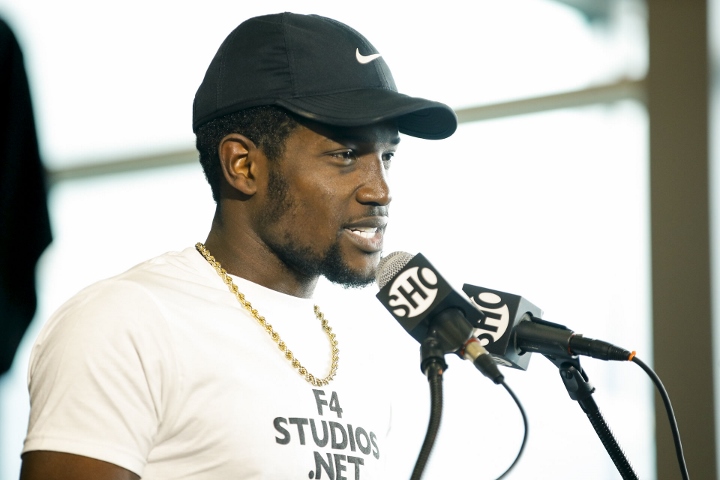 Attou’s problems were exacerbated when he suffered an injury to his right bicep in the third round. The 37-year-old veteran, who was riding a seven-fight win streak entering Saturday’s fight, was unable to muster up any offense. He connected on just six of his 86 punches.

With the win in the WBC super welterweight title eliminator, Lubin positions himself for a future title shot for the belt that is currently held by Tony Harrison.

“I feel like I just came ready,” said Lubin, who has been training with Kevin Cunninham for the last year. “I was just a few steps ahead from the opening bell. I knew I was going to come out here and dominate. After a few shots, he looked hurt. I was going to keep teeing off until he was down or out.

“I don’t think the Jermell Charlo fight was too soon, there was just a few mishaps in camp. My next fight won’t be for a world title but I definitely want to get in there with a top-10 kind of guy. I just want to prove that I’m one of the top fighters.”

"I'm heartbroken about the injury,” said Attou. “My strategy was to start picking up the pressure after the sixth round. I know that Lubin has never been 12 rounds before, so our plan was to come on in the late rounds and take him out."

His team needs to manage him better. He's fought nothing but punching bags who do nothing but come forward before he stepped up to Charlo and got smashed. Back in the ring against a couple more punching bags and now…

Put him in there against a top 5 fighter. Why in the hell is he calling out Austin Trout?

Honestly speaking , Lubin was fed to Charlo Nor was he ready for that step up Lubin certainly has grown as a man and a boxer Imo the tables would be turned if they were to rematch today I would…

They should get him Gausha, who beat Trout and was robbed