Erickson Lubin: I Have To Bring The Heat From The Opening Bell

Top super welterweight contender Erickson “Hammer” Lubin knows that a convincing victory over Terrell Gausha will put him back in position to capture a world title, as he nears their WBC Super Welterweight title eliminator showdown this Saturday, September 19 headlining action live on SHOWTIME in an event presented by Premier Boxing Champions.

“I respect him as a fighter, but I don’t think Gausha is on my level,” said Lubin. “He’s standing in my way of becoming a world champion, so I need to take care of business Saturday night, and look good doing it. I have to make a statement in this fight.”

Lubin and Gausha were set to meet on SHOWTIME last October, before Gausha was forced to withdraw due to a hand injury. Gausha presents the biggest test for Lubin in his pro career since his only defeat against WBC Super Welterweight Champion Jermell Charlo. 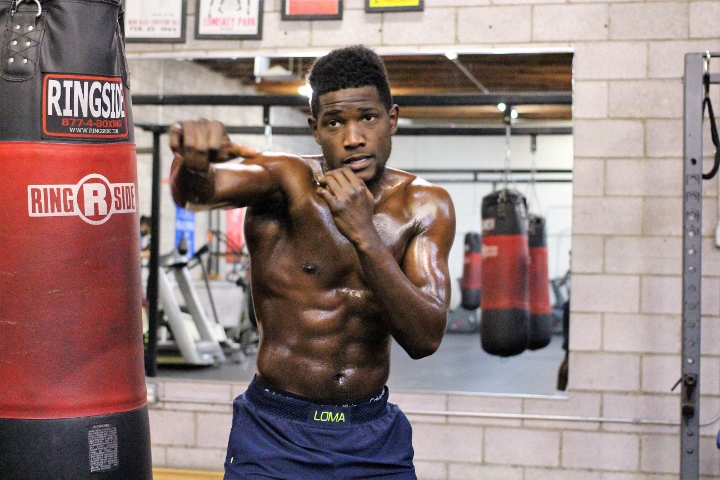 “Gausha is a U.S. Olympian who’s fought at the championship level, so I know he’s going to bring that experience to the table,” said Lubin. “This is a chance for me to show my growth in the ring and really separate myself as one of the elite fighters in this division.”

The 24-year-old Lubin has won four-straight fights since his 2017 defeat to Charlo, with three coming by stoppage. The winning streak has coincided with him bringing in renowned trainer Kevin Cunningham, who was also the head trainer for former world champions Devon Alexander and Cory Spinks, amongst others.

“We’re out here in West Palm Beach, Fla. and training camp has been going as planned,” said Lubin. “It’s just hard work and dedication day after day. Coach Cunningham and I are working great together. Everyone knows that he’s a no-nonsense type of trainer, so that mindset is contagious. I’ve done everything that’s been demanded of me so far in training. I’m in great shape and will be ready to go into deep waters if the fight goes the distance.”

Lubin returns to fight on a SHOWTIME platform for the fourth-straight bout and his second consecutive headlining appearance after his October 2019 unanimous decision victory over Nathaniel Gallimore in the main event.

“It’s always a great feeling to be fighting on the big stage on SHOWTIME,” said Lubin. “This is a title eliminator, so everything is on the line for me. I have to bring the heat from the opening bell. We are in the business of entertaining the fans, so I’m coming with everything I’ve got. Fans can expect to see an explosive fight on Saturday night.”

I hope it works out for him. I fear he's like J-Rock and not durable enough for the division, but maybe his loss to Charlo was just a fluke and he got caught with a good shot.