Ellerbe: Gervonta Davis is 'Hands-Down' The Best at 130-Pounds

“Gervonta Davis is, hands-down, the best 130-pounder in the world,” said Leonard Ellerbe, CEO of Mayweather Promotions. “He’s the biggest star of the division, and he’ll get his chance to showcase that very soon.”

A two-time 130-pound champion, Davis (20-0, 19 KOs) told FightHype.com on Tuesday that will pursue his 12th straight knockout and second defense of his WBA “super” super featherweight crown against three-division champion Abner Mares (31-3-1, 15 KOs), who will make his 130-pound debut.

Ellerbe would not comment on the exact date or venue for Davis' return. But The Los Angeles Times’ Lance Pugmire indicated February 9 to be the date, and the venue to be in Southern California near the hometown of Mares, who turns 33 on November 28 and is 5-for-5 against southpaw opponents since 2008. 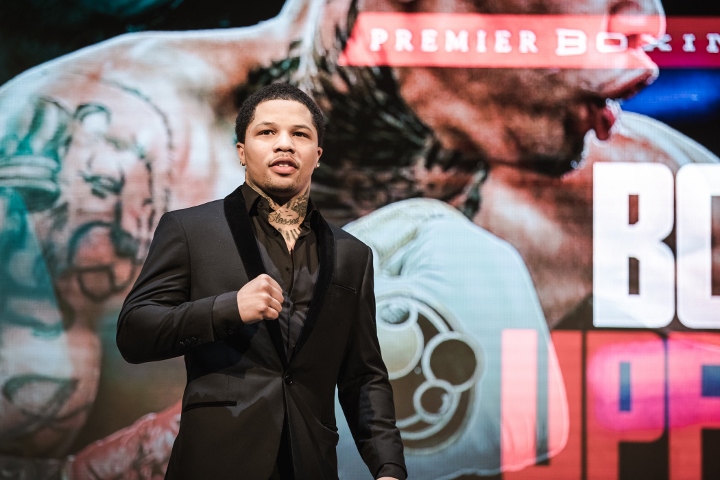 Cuellar was the lone fight of 2018 for “Tank” Davis, a stocky, 5-foot-5 ½ southpaw from Baltimore who displayed speed, power and superior boxing skills during stoppage victories in January, May and August 2017.

“Definitely for Gervonta 2018 was a wash for a number of reasons, and I think that [Davis] has expressed that in the interviews that he’s done,” said Ellerbe of Davis, who turned 24 on November 7.

Davis is coming off a title-regaining two-knockdown third-round TKO of fellow southpaw Jesus Cuellar (28-3, 21 KOs), of Buenos Aires, Argentina, whose 130-pound debut ended a 16-month ring absence since falling in December 2016 by split-decision to Mares and being dethroned as WBA 126-pound champion.

In victory over Cuellar, Davis returned to Barclays Center  in Brooklyn, New York, where a then-22-year-old became the youngest reigning champion in January 2017 with a seventh-round knockout that dethroned switch-hitting IBF titleholder Jose Pedraza.

But Davis lost his crown on the scales before his second defense in August, an eighth-round knockout victory over Francisco Fonseca (22-1-1, 16 KOs) on the under card of Floyd Mayweather’s 10th-round TKO of Conor McGregor.

For Cuellar, Davis switched trainers to Kevin Cunningham from career-long corner man Calvin Ford, who served as an assistant. Cunningham was prophetic when he vowed that Davis would “obliterate” Cuellar, coming full circle by becoming a repeat 130-pound champion where he had earned his first crown.

“I’m very happy with Gervonta’s mindset, where he’s at, and what’s going to happen in 2019,” said Ellerbe. “We’re just very excited about him getting back out there, doing what he does, and that’s putting on these electrifying performances.”

Plans are for Davis to unify the division, said Ellerbe.

The WBC’s Miguel Berchelt (35-1, 31 KOs) has won 14 straight, including 13 by knockout, having made his sixth defense and scored his third consecutive stoppage in the ninth round of his last fight on November 3 against Miguel Roman.

“We’re going to line these guys up and knock them down, one-by-one in no particular order,” said Ellerbe.

“We’re very confident that [Davis] is the best 130-pounder in the world.”

He has to prove it first

Ellerbe reaches for the coconut oil...he has a new twink in town.

this doesnt make mae excited at all, when people run their mouth whether its boxer himself or promoter. yet, Gervonta fought what, once last year? and going to fight another " vicious beast" Mares. zZzz

It’s time, he needs to start experiencing being tested, he was only tested once and it was against Pedraza The Sniper who fought a stupid fight! I think with his talent and growing skill set he can def clear 130,…

Tank needs to get fights on with Machedo and Berchelt to really show us his worth, because lower weight fighters who are past their best and coming off losses isn't going to do it.