Ellerbe: Canelo Would Never Fight Jermall; Charlo Is Best Middleweight In The World

One of the sport’s power players is proclaiming that Jermall Charlo is the preeminent middleweight on the planet.

“Jermall Charlo is the best middleweight in the world right now,” Mayweather Promotions CEO Leonard Ellerbe told BoxingScene.com in an interview. “There are few other guys at 160, namely Canelo, who will have something to say about that. Jermall is on a mission to prove something to the world. Jermall’s style is all wrong for Canelo. They would never put him in there with Charlo. I don’t think Canelo goes anywhere near Jermall. He’s an animal.”

Charlo (30-0, 22 KOs) will be stepping into the ring Saturday for a fight, but Alvarez will not be waiting for him. Instead, Ukrainian Olympian Sergiy Derevyanchenko (13-2, 10 KOs) will be the man across from him looking to pull off the upset on Showtime pay per view (7:00 p.m. ET, $74.95) at the Mohegan Sun Casino in Uncasville, Connecticut. 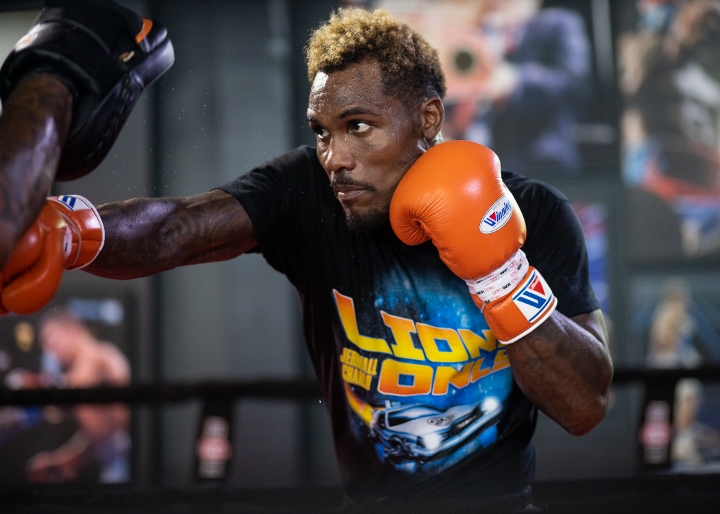 Charlo is 5-0 as a middleweight but does not boast a resume that compares to the likes of Alvarez and Gennadiy Golovkin, who’ve already punched their tickets into the Hall of Fame. Charlo has bested Dennis Hogan and Matvey Korobov at 160 but his more telling wins have actually come at 154 pounds against Julian Williams and Austin Trout in 2016.

Derevyanchenko is a two-time title challenger who’s come close to defeating both Golovkin, arguably the best middleweight of the century, and Daniel Jacobs.

Although Derevyanchenko is a serious step up in the class of competition for the 30-year-old Charlo, Ellerbe believes Charlo will display a dominant performance and score a KO in no later than six rounds to further show he’s superior to Alvarez.

“Canelo is a tremendous fighter, and I have so much respect for him. He has an impeccable resume,” said Ellerbe. “But Charlo is too big, athletic and too fast at 160 for Canelo.”

In January, Oscar De La Hoya said he offered Charlo and his team a deal to fight Alvarez, but an agreement was never brokered.

"We offered [Jermall] a pretty lucrative deal to fight Canelo last year. I don’t know who turned it down," said De La Hoya. "I’m pretty sure it wasn’t Charlo, but that train has already left and it’s unfortunate.”

Charlo is the owner of the WBC middleweight belt because the sanctioning body elevated Alvarez to its franchise champion last year. The 2019 fighter of the year Alvarez scored a win at 160 last year against Jacobs, and later against Sergey Kovalev at 175, but his days competing as a middleweight might be over, despite the fact that he still holds a WBA title in the division.

Alvarez was eyeing a super middleweight showdown against Billy Joe Saunders before coronavirus, and now litigation against DAZN and Golden Boy Promotions, reared its ugly head.

Considering Alvarez and Charlo’s affiliations and career trajectories, a fight between the two is a far-fetched notion in the immediate future.

[QUOTE=FLY TY;20783751]He didn't get his belt by fighting a champ, because the champ he was mandatory for, petitioned the sanctioning body so that he didn't have to fight him! :pat:[/QUOTE] That would explain Mall turning those ten mil down? While…

[QUOTE=NearHypnos;20782753]Well, GGG is still number 2. He beat Danny, arguably Canelo in the first (and to some, second), beat Derv in Derv’s last outing. You can’t insert Mall anywhere near the top 2 considering the fighter he just fought is…

[QUOTE=Terr225;20782259]Yea that's their new thing every fight a black fighter has they call it boring like btch nobody is here to entertain your weak azzes I'm here to win and fight simple as that. Can't stand these idiots today make…

Charlo’s would be easy work for Canelo. Canelo has already put in work vs every style there is out there. Mayweather, Cotto, Lara, GGG, Trout, Kovalev, Jacobs, Kirkland, Angulo, etc. There isn’t a style or age, prime or past prime,…

[QUOTE=FLY TY;20782479]So now come the excuses for Dev coming off a rough lost. He's had a year to recover, but I digress. Charlo is an undefeated multi-divison champion, which is more than I can say for Daniel Jacob's, who already…