The recent victory could be his last fight in the country, before a potential debut in the United States as three different promoters are making inquiries to sign the young boxer to a promotional agreement.

Oswaldo Kuchle, president of Promociones De Pueblo, the company that represents the youth champion of the World Boxing Council at super featherweight, revealed that Golden Boy Promotions, Matchroom Boxing and Ringstar Sports have already made interesting offers to promote the fighter of just 20 years. 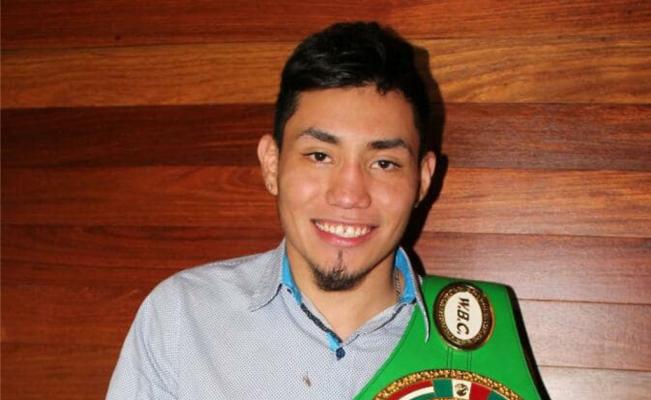 "The first thing we have is what Golden Boy has told us, that probably Francisco 'Bandido' Vargas does not want the elimination fight with 'Rocky' for the WBC, but that (Vargas) would go for the WBA title (against Alberto Machado). I any event, we are in talks with Eric Gomez of Golden Boy because they are interested in handling the career of Rocky and if we reach an agreement, we may see him on Canelo's undercard on December 15 in New York," Kuchle said to ESPN Deportes.

"We are also in talks with Eddie Hearn. He told me that he would make the fight between 'Rocky' and 'Bandido' possible. We spoke on Friday night and we were waiting for the outcome of Rocky's fight against Luis Diaz to resume negotiations on Monday. He made us a proposal of three fights for 'Rocky', the proposal is very attractive, including that first fight with 'Bandido' or someone else in an eliminator," said the promoter from Juarez.

Hernandez, ranked at third under the WBC at 130 pounds, has a record of 27-0 and 24 knockouts. He currently has a run of 21 victories via knockout, which has made him one of the rising figures in the Mexican boxing scene.

[QUOTE=Randall Cunning;19195203]Think its coming. Suspect this Canelo/Fielding press conference Wednesday is going to be part of a bigger announcement.[/QUOTE] You mean you have a feeling that Golden Boy is going to work with DAZN & Matchroom?

Golden Boy makes the most sense they have a proven track record with latin fighters especially Mexicans. They have Canelo, Ryan Garcia, Munguia, Vergil Ortiz.

He has crazy power in both hands and a seek and destroy style. In addition to already having a big fan base in Mexico. Every promoter should be going all out to sign Hernandez.

[QUOTE=Pandur;19195010]Why should he sign with Golden Boy? They don't have no major TV Deal in USA. ESPN2 & Facebook Watch is what they got.[/QUOTE] Think its coming. Suspect this Canelo/Fielding press conference Wednesday is going to be part of a…

[QUOTE=Wolfie*;19195055]*****ing Eddie Hearn. Trying to snatch all the Mexican talent. Lol[/QUOTE] He’s made no secret about it though. He wants Mexican fighters badly.