Eddie Hearn: We Have Five Guys To Fight Canelo Next in May

Canelo, who last fought at middleweight back in May when he defeated Daniel Jacobs, moved up by two weight divisions to blast out Sergey Kovalev in the eleventh round to capture the WBO strap earlier this month. 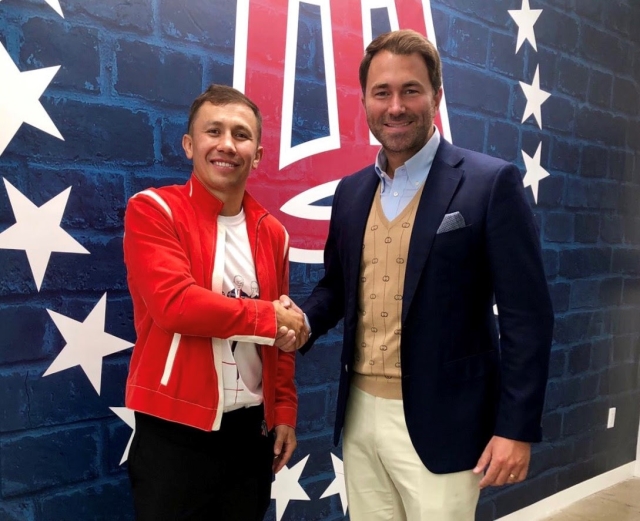 Now the big search begins for Canelo's next opponent.

Any of the fighters are capable of facing Canelo, who is likely going to fight in May as part of Cinco De Mayo weekend.

The Mexican star is likely going to settle at 168-pounds for his next bout - which means Golovkin and Andrade would have to move up, and Bivol has already stated that he's willing to move down if necessary to get that fight.

Hearn is confident that one of his fighters will face Canelo next.

"We've got five guys...... Gennady Golovkin, Billy Joe Saunders, Callum Smith if he beats John Ryder or John Ryder [if he wins], Dmitry Bivol and Demetrius Andrade, to fight Canelo. It's going to come from one of those five," Hearn told BoxingScene.com.

"It really should be Gennady Golovkin next, but we've got five [guys] and it will be one of those five next and the one after, probably, for Canelo."

Golovkin is slated to make a mandatory defense of his IBF belt in February, but Hearn believes he can turn right back around and fight Canelo in early May.

"It can be done. It can be done in early February [for GGG's next fight]. He has a mandatory and he wants to get that out of the way, but he also wants the Canelo fight badly, so we have to see what happens," Hearn said.

Not really keen to see another GGG-Canelo fight again unless it can be in a neutral venue without any clauses.