Dmitry Bivol: I View Jean Pascal as a Dangerous Opponent

Last week, it became known that Bivol would return on November 24 in the United States - and make a defense of his world title against Pascal.

The 27-year-old Russian boxer has an undefeated record of 14 wins (11 by knockout). And on the account of 35-year-old Pascal, is 33 victories (20 knockouts), a draw and five defeats. 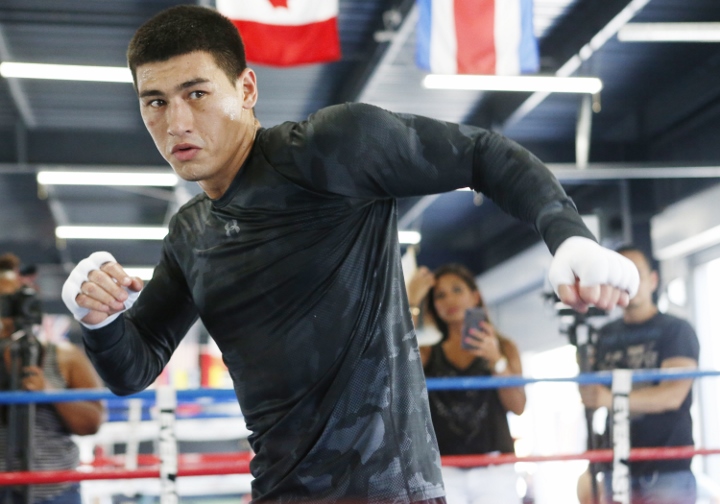 Some experts have viewed Pascal, at this point in his long career, as a step down from some of Bivol's recent opposition.

“I wouldn’t say that he is weaker than (Isaac) Chilemba or (Sullivan) Barrera. This is a slightly different boxer. The most important thing is that people know Pascal. He's someone who believes in his power, and for me that's good. A lot of people will see this fight. In general, Pascal cannot be dismissed. This is a former world champion. Accordingly, this is a boxer of a certain level with a certain level of experience. And, we must not forget that this is boxing, and anything can happen," Bivol said to Vasily Konov.

“I view Pascal as a dangerous opponent. Yes, he's probably not the strongest in our division, but this is a person with a good name. And let's not forget that it was very difficult to find an opponent, we were even nervous that nobody would take the fight.

"For example, there was Joe Smith, who first at first agreed, and then went the other way. And Pascal accepted this fight. I’m not against unifying titles, but for now everyone has gone their own way."

Bivol also discussed the details of his training.

“I had three weeks of sparring in St. Petersburg, arrived in Los Angeles on Sunday. What we changed here was that we moved to another place, we live closer to the ocean. We’ll probably go to another location and work, but we will start sparring with Latif Kayode. He has already helped me in several camps," he said.

[QUOTE=Tatabanya;19219965]Perhaps the Pascal pre-Kovalev could have been slightly dangerous, but not anymore I believe.[/QUOTE] It all comes down to Bivol. If he doesnt take Pascal seriously then a motivated Pascal can definitely pull the upset. Bivol seems to have a…

[QUOTE=thekenneth;19219180]Pascal last two losses are to Alvarez and Kovalev. And everyone thinks Kovalev is God here. So is Kovalevs best win vs a bum. Kovalev beats Pascal and people were saying Kovalev beat a former 175 pound King. Bivol fights…

[QUOTE=DuckAdonis;19220408]Yeah I don't expect Bivol to lose at all. I'm picking him by KO even because I think he is the real deal. But Pascal can definitely test him, he looked very good vs Elbiali last year, an undefeated prospect…

[QUOTE=Redd Foxx;19220394]You like Pascal, I get it. But, you gotta come to terms with reality. Alvarez did not struggle with him. Pascal is pretty garbage at this point (compared to what he once was) and Bivol will look like a…