Lou DiBella couldn’t help but feel nostalgic when looking at the undercard lineup for the next DAZN bill.

The Hall of Fame-elected promoter has a vested interest in this week’s pre-Super Bowl boxing card, which airs live from Miami, Florida (Thursday, DAZN, 7:00pm ET), mere miles from the home of Super Bowl LIV. The show boasts three major title fights on the male side along with record-setting seven-division champ and pound-for-pound entrant Amanda Serrano in a non-title fight earlier in the evening.

At best, there has been middling interest in the main event of the card—Demetrius Andrade (28-0, 17KOs) is a heavy betting favorite to defend his middleweight title versus Ireland’s Luke Keeler (17-2-1, 5KOs)—while the evening’s co-feature offers DAZN’s latest venture into the wonderful world of YouTube culture. 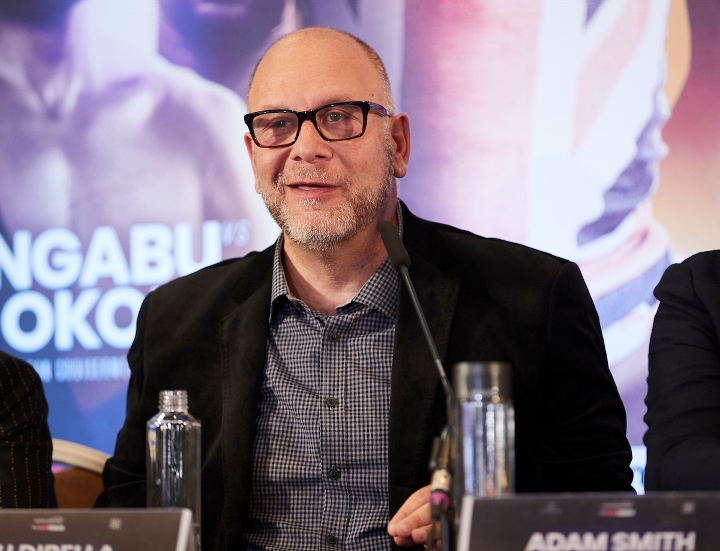 The pair of fights which have boxing fans ready to tune in come just before then. DiBella-promoted Tevin Farmer (30-4-1, 6KOs) attempts the fifth defense of his 130-pound title versus 2012 U.S. Olympian and former title challenger Joseph ‘Jo Jo’ Diaz (30-1, 15KOs) in a well-received matchup, while unified 122-pound titlist Daniel Roman (27-2-1, 10KOs) surprisingly comes in as the underdog versus Uzbekistan’s 2016 Olympic Bronze medalist and precocious contender Murodjon Akhmadaliev (7-0, 6KOs).

Whatever disdain comes with the two bouts appearing in supporting capacity, is balanced out by the fact that both bouts could’ve served well on its own bill.

“That would have been a classic Boxing After Dark doubleheader, when I had a good budget” noted DiBella, referring to the now-defunct cult-favorite HBO boxing series he helped launch in 1996 and oversaw through his network exit in 2000 to become a full-time promoter. “There was a period of time in the beginning when the budget of Boxing After Dark was pretty low.

“But then when the ratings took off for Boxing After Dark and our budget was higher and we could afford to do shows like this. That doubleheader would be a classic Boxing After Dark. And that's sort of why as I think a purist and a boxing fan and a guy that was the Boxing After Dark architect, the two fights that are getting less promotion on this card are exactly what have me the most excited.”

The series—which ran nearly 23 years through the end of HBO’s time in boxing at close of year 2018—featured several all-time classics, beginning with its inaugural installment, with then-unbeaten Marco Antonio Barrera turning away 1988 Olympic Gold medalist and former 122-pound king Kennedy McKinney in the 12th and final round of their February 1996 slugfest. From there came a treasure chest full of boxing memories, including the rise of the late Arturo Gatti, the 2000 Fight of the Year in the form of the first entry in the trilogy between Barrera and Erik Morales and the resurrection of James Toney in his 2003 Fight of the Year cruiserweight title win over Vassiliy Jirov among many, many others.

Such a series is sorely lacking in today’s market, enough to where many fans and media members have turned to the Hall of Fame promoter to help resurrect the B.A.D. brand. DAZN’s platform would be a perfect fit—and also a grand opportunity to test the previously suggested corporate claim of their model being open to all promoters with something to offer.

“I would love it too,” notes DiBella. “Maybe you should ask that of John Skipper (executive chairman) and Joe Markowski (executive vice president) at DAZN, because I would love to do that.”

[QUOTE=Oldskoolg;20354486]Well Lou....perhaps you should stop selling out to hearn and the deadzone since that app isn’t run by boxing people and work with PBC and or Top Rank since those companies, along with FOX/ESPN/Showtime ARE all about the boxing business?[/QUOTE]Lou…

This is the same strategy as Lopez vs. Commey on Crawford's event! At least fans get 2 great fights!

[QUOTE=Oldskoolg;20354486]Well Lou....perhaps you should stop selling out to hearn and the deadzone since that app isn’t run by boxing people and work with PBC and or Top Rank since those companies, along with FOX/ESPN/Showtime ARE all about the boxing business?[/QUOTE]…

Can’t wait to watch this card live. Roman-MJ going to steal the show, Diaz-Farmer can be a classic or a snooze fest masterful boxing clinic by farmer. Who do you guys have Roman vs Madurodjon?

Well Lou....perhaps you should stop selling out to hearn and the deadzone since that app isn’t run by boxing people and work with PBC and or Top Rank since those companies, along with FOX/ESPN/Showtime ARE all about the boxing business?