The Avalon in Hollywood, California has been selected as the host to a February 13 show to air live on DAZN, two sources with knowledge of the situation have informed BoxingScene.com. Topping the card, Joseph Diaz (will make the first defense of his IBF junior lightweight title versus mandatory challenger Shavkatdzhon Rakhimov (15-0, 12KOs). In supporting capacity, Brazil’s Patrick Teixeira also faces a mandated contender for his first title defense of the WBO junior middleweight title as he faces Argentina’s Brian Castano (16-0-1, 12KOs).

The forthcoming event will mark the first boxing card to take place at The Avalon since the ongoing coronavirus pandemic, having not hosted any shows in 2020. 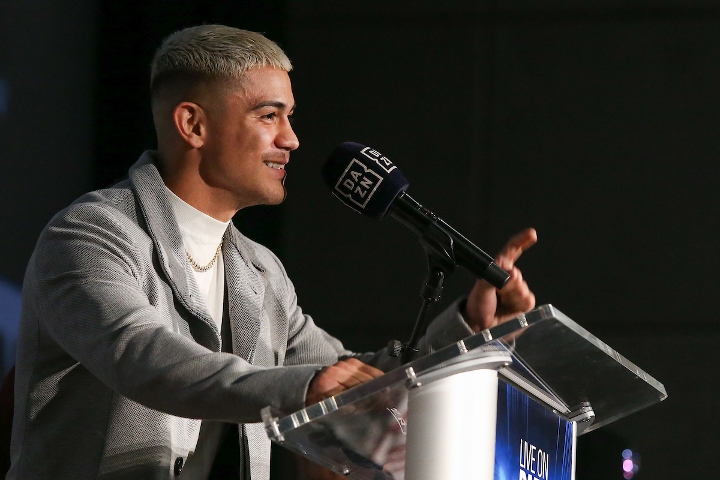 Finalized plans for this card were announced last December, though always with a floating venue. Speculation suggested that the card would take place at Fantasy Springs Casino in Indio, a regularly used venue by Golden Boy Promotions including each of its first two shows since the pandemic.

However, a concentrated effort was made by Golden Boy Promotions to secure a location which can be open to the public in some capacity. It has yet to be confirmed how many fans—if any–will be permitted to attend.

Diaz (31-1, 15KOs) claimed a junior lightweight title following a convincing 12-round decision win over Tevin Farmer last January in Miami. The fight contracted came with language allowing for Farmer to exercise a rematch clause, though it has since been revealed that the timeframe for a second fight to take place has since expired, leaving Diaz free to explore other opportunities.

It also allowed the South El Monte, California native to keep his title without fear of being stripped due to not honoring his previously ordered mandatory obligations.

Teixiera (31-1, 22KOs) salvaged his reign after a team effort—led by youngest-in-charge 25-year old manager Patrick Nascimento—tirelessly worked to secure a travel visa for the boxer to leave his native Brazil in time to prepare for his first title defense. Teixeira won an interim version of the WBO belt in a 12-round decision over unbeaten Carlos Adames in Nov. 2019, receiving an upgrade to world titlist just a few days later—in time for his 29th birthday—on the condition that he next face Castaño.

The two were due to collide last April at MGM National Harbor in Oxon Hill, Maryland. The event was shut down due to the initial wave of COVID-19, with several delayed efforts following in getting this fight on the schedule.

[QUOTE=GBP4LIFE;21007703]His title is already legitimate.. cut it the hell out[/QUOTE] Not at all. Teixeira who won only an interim title was elevated to the status of champion by default without having fought in a real championship fight. If he beats…

[QUOTE=Joeboxeo;21006526]If Teixeira wins against Castano, he will legitimize his WBO belt.[/QUOTE] His title is already legitimate.. cut it the hell out

Such a good, underrated card!

Super excited for this card. Castano might beat Texeira, but for all I know, it will be a war and it won’t be easy. I also see Rakhimov upsetting Diaz. This card is very solid.