The position Errol Spence holds right now, lingering on the edge of super stardom and with the boxing world intrigued about his chance of seizing control of his weight class?

There are a lot of people who thought that was the sort of career WBO middleweight titlist Demetrius Andrade (27-0, 17 KO) would be having years ago. Four years apart, Andrade in 2008 and Spence in 2012, they exited the Olympics as hard luck quarterfinalists just shy of the medal race with the highest of expectations for the future.

The hopes for Andrade in 2008 may have been higher. The Rhode Island native was the overall more accomplished amateur, a world champion in 2007 with exceptional height and range to go with physical talent. Eleven years later, Andrade isn’t without accomplishment as a professional. There were two reigns, first with the WBO and then with the WBA, as a Jr. middleweight titlist.

Stardom though has been elusive. Inactivity, promotional disputes, and inconsistently entertaining outings have all worked against him at times, the first two things far more. Out of sight can be out of mind.

Heading into his latest trip to ring (Saturday, DAZN, 7 PM EST), Andrade is preparing for his second defense of the belt he’s won in his second weight class. Poland’s Maciej Sulecki (28-1, 11 KO) has lost only once to former IBF middleweight titlist Daniel Jacobs. With solid wins over Gabriel Rosado, Gregorz Proksa, Jack Culcay (who gave Andrade a tough fight), and a then-undefeated Hugo Centeno, Sulecki is at the least a capable professional and, at most, the sort of fighter who can play sleeper.

It’s unlikely but not impossible. Sulecki’s chances could depend on where Andrade’s focused is fixed.

When Andrade became a fixture on the fledgling DAZN app last year, it helped fill out what was a strength of the platform: an investment in the middleweight division. It’s the home of Saul Alvarez, and Gennady Golovkin, Jacobs, and Andrade have all followed.

Andrade’s name has come up as regards Alvarez and Golovkin recently. Hints and tweets from Alvarez or his promoter Oscar De La Hoya have dangled a third fight for the Kazakh if he can grab another belt. 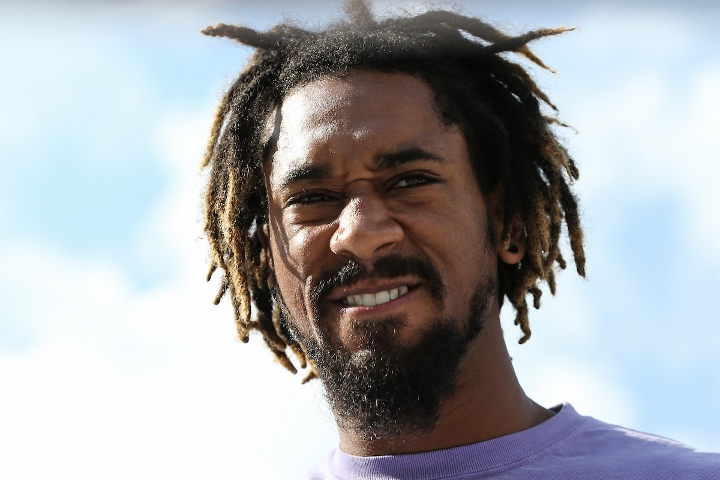 It might just be a negotiating ploy; maybe just some needling before we get where many think we’re headed.

However, on Wednesday, Mike Coppinger of The Athletic reported Alvarez could delay a third fight with Golovkin until 2021 and instead opt for Callum Smith or Sergey Kovalev higher up the scale.

There are a lot of could’s and maybe’s in play but the bottom line is that Andrade is heading to scratch at a moment where some names might be without a fight. A win this weekend would leave Andrade with a belt and an open dance card.

An impressive win this weekend might enhance the desire of fans to see Andrade against one of those names. It’s hard to imagine any hardcore fight fan not being interested in a Golovkin-Andrade fight, or even say a Jacobs-Andrade fight.

Both would be competitive on paper.

That’s not the same as being a fight fans get organically excited about. The last time Andrade really seemed to stir some excitement, he had an eye-catching outing against Willie Nelson in 2016 on Showtime. It was the sort of night that reminded fans of just how good Andrade was supposed to be all those years ago, that the ceiling might not yet have even been scratched.

After all these years, Andrade might finally be on the verge of a fight where we find just how high that ceiling can be. At 31, there is still plenty of time but time and windows of legitimate opportunity can be different things. The window might be open and getting wider right now.

Will Andrade blow it all the way open?

This new WBC franchise tag is a natural evolution of the favoritism they’ve given to profit centers over the years. It’s a joke, but it’s not surprising…Got around to season two of Cloak and Dagger and, for those who haven’t seen, it might be the best of all the Marvel shows…Andy Ruiz-Joseph Parker II being a thing someday isn’t anything one would have thought after their first fight. Funny what a little upset will do…Why will Mairis Briedis-Yunier Dorticos have the vacant WBC belt on the line? Shouldn’t the WBC just award their belt to Briedis heading into the WBSS final? It seemed like their protests prior to the Glowacki fight were more geared to their former champion and he is ultimately a de facto titlist now…If Amir Khan-Billy Dib and Adrien Broner-Lee Selby really happen, it should be as a pay-per-view doubleheader because anyone who would pay for either of those fights deserves it.