Middleweight already made some news this week.

Saul Alvarez, the rightful middleweight champion of the world no matter what sanctioning body belt he has, is now something called a franchise champion for the WBC. It makes sense in a perverse way.

One could read it as the WBC insuring itself against a Roy Jones/Graciano Rocchigiani situation down the road, a moment that almost wiped the WBC out.

We weren’t that lucky.

It could also be seen as just making concrete what is obvious. The biggest stars usually get to play by their own rules and now the whole window dressing of mandatory can go away for Alvarez. For instance, if Alvarez wanted to win the one belt in the class he doesn’t have yet, he could do it whenever he wants.

Saturday night (DAZN, 7 PM EST), that belt is on the line when Demetrius Andrade defends the WBO strap against a tricky challenger who might just play spoiler. It might be more likely the winner here could pine for Gennady Golovkin in the immediate future but that’s a big enough box office prize in its own right and a way to get the public wanting to see an Alvarez showdown in the future. 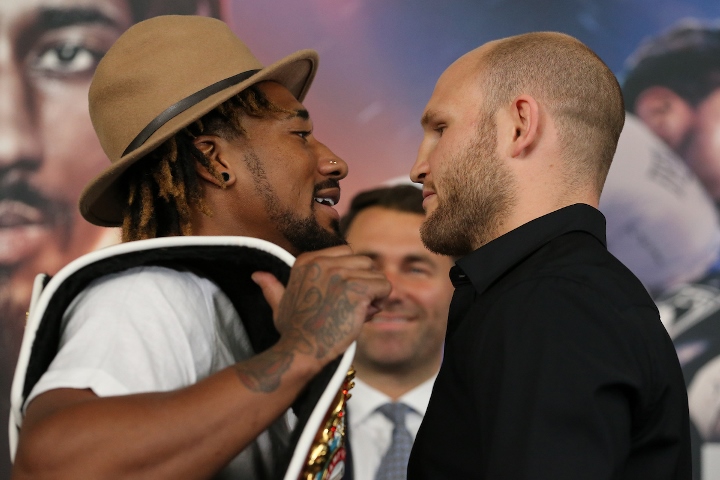 Let’s get into it:

Current/Former World Champions/Titlists Faced: None (Jack Culcay (SD12) was a WBA sub-titlist in the division)

The Pick: Sulecki is a live underdog here. If Sulecki were a bigger puncher, his awkward attack and hand speed might be lethal to Andrade’s chances to move into the next income bracket of his profession. Without an eraser this is still a potentially difficult fight for both men. Andrade has the longer arms and a jab that might be able to freeze Sulecki on the outside. The polish challenger kept it close with Jacobs and may have the deeper professional resume at this point. It’s close; don’t let the belts fool. All that said, Andrade is at home fighting in Providence in a fight that is likely to have a lot of close rounds. Expect more of a technical match than a barnburner with Andrade’s hand raised at the end by decision.