DeGale is Open To Idea of Groves Rematch After Eubank Clash

James DeGale is very motivated ahead of his super middleweight collision with Chris Eubank Jr.

Last week they met face-to-face at the Hotel Cafe Royal in central London to officially announce their highly-anticipated blockbuster showdown on February 23rd at The O2. The contest ill be carried by ITV Box Office.

DeGale, a former two-time IBF super middleweight champion, had reclaimed his world title in 2018 with a victory over Caleb Truax in their rematch. He would later vacate the belt when pressed to make a mandatory defense against Jose Uzcategui. DeGale claimed the fight with Uzcategui was not lucrative enough at this stage of his career. 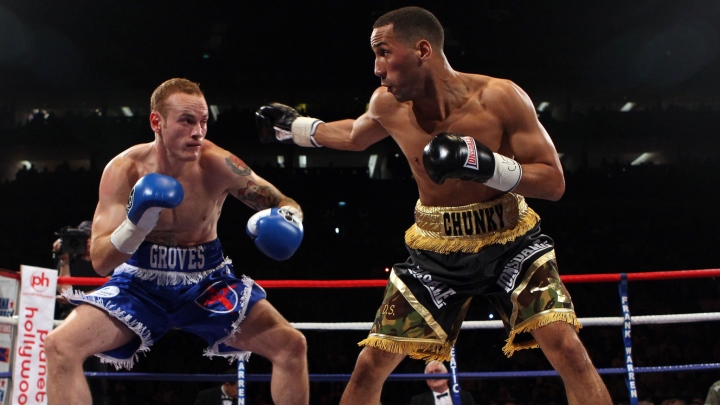 Eubank, a former IBO super middleweight champion, is looking to bounce back to world level after suffering a decision loss in 2018 to former WBA champion George Groves in the World Boxing Super Series.

Should DeGale defeat Eubank, he may very well retire from the sport.

But he's also open to the idea of a rematch with Groves - who defeated DeGale in a close decision in 2011, when the two were undefeated prospects.

There has been talk of a rematch for several years, but the two sides were never on the same pages with respect to the terms.

"It’s a massive fight,’ DeGale told ‘Seconds Out’ about a rematch with Groves.

"Before we finish our careers, I think it would be stupid to not fight again. But he’s difficult to work with and I’m not too sure what he’s doing. After I beat Eubank I maybe want to call it a day. I’ve had a good go in boxing, for ten years. I probably don’t get the credit. I don’t want to [say] retirement, trust me there’s still a couple chapters left.

"I respect every fighter, apart from Eubank. Of course I’m going to give him (Groves) credit and respect, but listen we don’t like each other. ‘This is no built up rivalry. This is real. I can’t stand the guy and he can’t stand me."

[QUOTE=Vegemil;19417689]I just think it's easier to be a champion nowadays. Plus with the way DeGale fights he was going to burn out young. We also have to be 100% here there were a lot of "supplements" back in the past…

Chris Eubank Junior will stop James Degale in the second half of the fight. In most of his recent fights, he has been completely beaten up. He has experience in being beaten up, but winning the boxing match.

i suspect degales problem is in the head not being physically shot. he needs a cold reset. groves sounded defeated mentally last time we saw him.Usually he'd be claiming he was champion in his reality

If Degale wins and looks pretty decent doing so, then this would be the natural next fight for him. I mean he can get Benavidez after he beats Dirrell or Yildrim, but does he want to cash out that way?…