BoxingScene.com has learned that two fights that were supposed to be part of the Showtime Pay-Per-View event Saturday night at Mohegan Sun Arena have been placed on the Davis-Santa Cruz card. 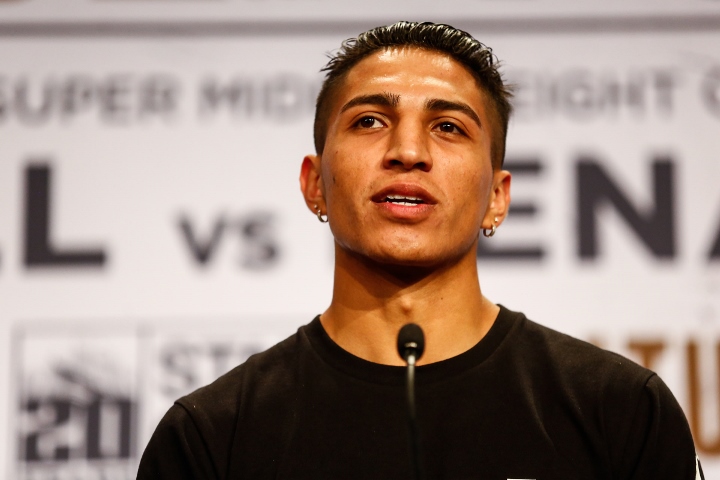 The site of the Davis-Santa Cruz card has not been determined. Its promoters are exploring sites beyond Mohegan Sun in hopes that at least a limited number of fans can attend.

In addition to the Barrios-Karl and Magdaleno-Cruz contests, the Davis-Santa Cruz undercard will include a junior welterweight bout between former WBA champion Regis Prograis and Juan Heraldez.

Barrios, 25, will fight for the first time since his close, unanimous-decision victory over Russia’s Batyr Akhmedov (8-1, 7 KOs) last September 28 at Staples Center in Los Angeles. Karl, 28, has won three straight fights since Kevin Watts stopped him in the fifth round of their April 2018 bout in El Paso, Texas, including a fifth-round knockout of Watts (12-4, 5 KOs) in their immediate rematch.

Magdaleno, 33, won a 10-round unanimous decision against Austin Dulay (13-2, 10 KOs, 1 NC) in his last fight, February 15 at Bridgestone Arena in Nashville, Tennessee, Dulay’s hometown. Cruz, 22, extended his winning streak to eight by beating Cleveland’s Thomas Mattice (15-2-1, 11 KOs) by majority decision in his most recent action, a 10-rounder February 14 at 2300 Arena in Philadelphia.

Crap unworthy Ppv ... pathetic main event mismatch! Davis needs to grow a pair and risk that 0 against a legit threat - which old slow past it pillow-fisted no Ko in over 5 yrs Lsc is not!!!! R u…

[QUOTE=RJJ-94-02=GOAT;20779837]Yeah man, don’t really see the point in them both having glorified tune up fights.[/QUOTE]Fight is cool, PPV is not! Tonight's card way better!

TMT really doesn't know how to put together a quality PPV event. These fights aren't worth 75.00, and the boxing fans aren't ignorant consumers. Mayweather is a bit of a conman when it comes to boxing, and in life that's…

lmfao what a ****ty card. PBC should hitch their wagon to Prograis instead of Davis. Significantly better boxer, has charisma and doesn't hit women in public.